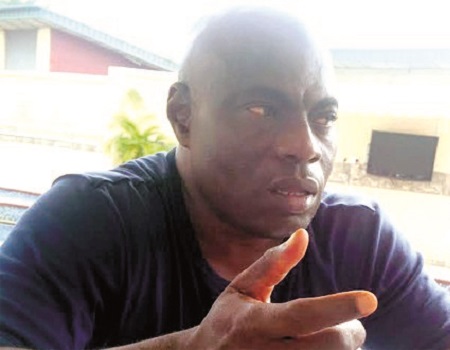 A chieftain of the Peoples Democratic Party (PDP) in Oyo State, Alhaji Adebisi Olopoenia, has petitioned the Commissioner of Police, Oyo State and the Director of State Security Service, over an invasion of his house by unknown persons with the intent to kidnap him ahead the March 9, 2019 governorship election in the state.

In the petition signed by his lawyer, Tope Olayinka, and submitted at the Ibadan zonal office of the DSS and the Oyo State Command of the Nigeria Police, Eleyele, Ibadan, a copy of which was made available to the Nigerian Tribune, Olopoenia, alleged that persons dressed in army uniform and suspected to be fake soldiers invaded his house located off Idi-Ape road, Ibadan, on February 22, 2019, with the intent to whisk him away but was not at home as of the time the invaders came.

Olopoenia claimed in the petition that he and his family members have been sleeping away from home because of the fear of being kidnapped by the invaders who have been repeatedly visiting his house on a daily basis in search of him.

He attributed the kidnap attempt to the March 9, 2019 governorship election in the state. Saying the perpetrators of the act who are from the opposition parties know how important he is to the success of the PDP in the election hence their quest to keep him out of the scene during the election process.

Olopoenia, in the petition, requested that to prevent forced entry into his house, armed policemen are stationed on his street and the junction which led to his house.

He, therefore, urged the Commissioner of Police and the Director of State Services to promptly intervene in the matter by setting up a high power investigation team to investigate the matter as he is ready to render all the necessary assistance to effect the arrest, investigation and eventual prosecution of the perpetrators.

Nigeria must be in peace, JNI counsels Atiku, Buhari