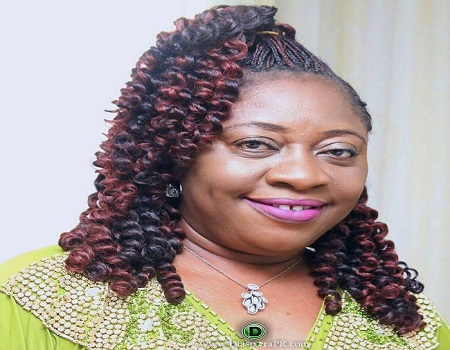 The House of Representatives Candidate of the Peoples Democratic Party, PDP, in the just Concluded National Assembly election for Ajeromi/Ifelodun Federal Constituency of Lagos State, Hon. Rita Orji on Friday lauded the Court’s ruling which ordered the Independent National Electoral Commission,INEC, to release the results of the poll with immediate effect.

Hon Orji who is the Chairman of the House Committee on Diaspora Matters had approached a Federal High Court sitting in Abuja over the decision of the electoral body and prayed the Court to compel it to announce the original results of the election polling booth by polling booth.

Addressing news men in Abuja yesterday, Hon Orji who commended the Judiciary for standing by the truth and the INEC for not allowing people with personal interest to destroy its institution insisted she actually won the election going by the collations already at the Wards levels which she displayed before news men.

ALSO READ: What is your take on Atiku Abubakar going to court to challenge the results of the presidential poll?

She disclosed hat the then electoral officials in charge of the Ajeromi/Ifelodun Federal Constituency were compromised by the All Progressive Congress,APC and only muted the idea of an inconclusive election in order to cover up their misdeeds which INEC as an institution did not support.

According to the law maker, “the INEC should now do the needful by going ahead to announce the original results of the poll by polling booth by polling booth, if this is done and corrections of the noticed shortcomings carefully done, we will accept the outcome and then the Commission will bwe left out to take necessary disciplinary against its officials.”

“However, if the Commission still go ahead to announce the results of the poll based on the mutilated and doctored figures, we will have no option left than to head for the Electoral Tribunal to slug it out.”

“The Electoral officers will have to account for all the electoral materials they collected for the conduct of the poll in the Constituency, the Presiding officer who suddenly assumed the supper power to cancel results or change results at will , he will tell the tribunal how and where he got those powers.”

The law maker who commended the people of the Constituency for massive support at the poll assured them that their labour would not be in vain as INEC would cover up the evil being planned for the Constituency.