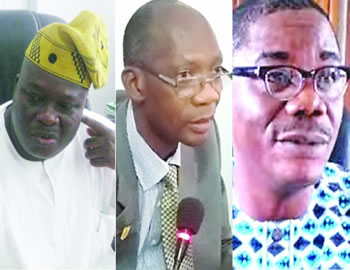 The Continuous Voters Registration will commence in Ondo state on Wednesday, June 22, Hakeem Gbadamosi looks into the efforts of various stakeholders in ensuring success of the exercise in the state.

The tempo of preparations for the governorship poll in Ondo State in November is rising by the day. The major stakeholders have upped their games with the major political parties and their gladiators in frenetic activities to mobilize eligible citizens of the Sunshine State.

The Independent National Electoral Commission (INEC) had scheduled a five-day Continuous Voters Registration (CVR) in the state.  The Resident Electoral Commission (REC), Olusegun Agbaje, while announcing the dates, said the exercise was part of the commission’s preparations towards the conduct of the election.

He spelt out those qualified to participate in the CVR exercise and the criteria, saying the exercise was strictly meant for the registration of citizens of the state who had just attained 18 years of age after the last Voter Registration exercise or those who who for one reason or the other, could not register in the previous exercise.

According to him, eligible person must be a citizen of Nigeria, and have attained 18 years on or before the registration day or above 18 years and must not be subject to any legal incapacity to vote under any law, rules or regulations in force in Nigeria.

Agbaje also called on those who previously registered with the commission but were seeking transfer of their voter card from one polling unit, ward or local government area or state to another, to visit the registration areas during the five-day exercise. He explained that “they only need to fill transfer form that will be issued to them by the Documentation/Distribution officer at their respective registration area during the exercise”

The  INEC boss warned that there was no room for registration by “proxy: adding: “Anyone who wishes to register, must appear in person at the CVR centre. He warned against double registration. “It is important to emphasise that double or multiple registration is a very serious offence punishable under Section 117 (C) of the Electoral Act 2010 ( as amended),” he said as anyone who engaged in such act was liable to a minimum of one year imprisonment or N1m fine or both.

The REC said the commission had however put a lot in place in terms of preparations for the CVR exercise which include configuration of 396 Direct Data Capturing Machines for register action areas and 193 voting points, while about 792 Assistant Registration Officers made up of youth corps members have been recruited and trained for the exercise.

To this end, all stakeholders in the forthcoming election, including political parties and their members, as well as the National Orientation Agency (NOA) and many others have commenced serious sensitisation  programme across the state and educating the eligible citizens on the need to partake in the exercise.

The Peoples Democratic Party (PDP) in the state has embarked on a series of activities, which include radio and television jingles to keep the people abreast of the need to register.  Some aspirants of the party have also spread the CVR gospel to the nooks and crannies of the state, especially the people at the grassroots.

Speaking on the mobilisation efforts of the party so far, the state publicity director of the PDP,  Ayo Fadaka said the party realised the importance of the exercise and had put in place committees across the 18 local government areas in the state to coordinate activities at the local government levels.

Fadaka said various jingles had been placed on radio and television stations to educate and orientate the young adults who have come age to register. He said: “the CVR is actually centered on registering those that just attained the voting age and others that have not probably registered all along. To that extent, as a political party, we have been encouraging all young adults, who have just come of age, to take their franchise very seriously as it will continue to determine who becomes either governor, President, lawmakers or anybody at all that aspires to rule over them.

“This will give them the opportunity to have a say on how they are going to govern them. To that extent, we are embarking on public campaign awareness to make them realise that being a responsible citizen is a must for all of them and that their responsibility as a citizen is only complete when you take your franchise serious.

“Jingles have been on radios and television, and we have been sponsoring radio and Television programmes as a tool to pursue public awareness programme to let young adults know that being registered is one of the obligation they owe this country.”

Similarly, one of the party’s aspirants and Commissioner for Environment in the state, Sola Ebiseni, said the leaders in the Southern Senatorial District of the state have held meetings in respect to the mobilization of the people of the area for the exercise. He said a committee had been set up by the local government chairman to coordinate the activities in the local government.

He said: “We are challenged by the riverine terrain to ensure that INEC gives the local government some special considerations in terms of ensuring that logistics like voter cards are made available because of the special terrain. Again, there have been jingles on community radio composed in Ilaje dialects to bring awareness to the people and also to ensure the success of this exercise”

The All Progressives Congress (APC) in the state is not left out in the awareness campaign. The state chairman, Honourable Isaccs Kekemeke, on Monday, during a meeting  of the  State Executive and governorship aspirants of the party educated members of the party on the essence of the registration.

The other side of infertility

‘Why zoning is a key issue in Ondo gov election’