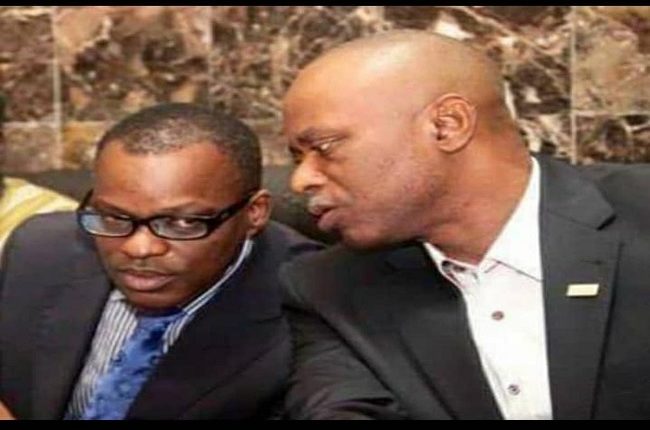 The governorship candidate of the Peoples Democratic Party (PDP) in the forthcoming governorship election in Ondo State, Eyitayo Jegede, on Monday night paid an unscheduled visit to his godfather and former governor of the state, Dr. Olusegun Mimiko.

Jegede who was said to be returning to the state from Lagos decided to visit Mimiko in his Ondo country home to seek his blessing for his governorship ambition.

It was gathered that Jegede visited Mimiko with four of his supporters after a few years of the frosty relationship between him and his godfather.

Some supporters of Jegede in the state attributed the loss of the election to Mimiko who they alleged was secretly supporting Akeredolu in the election.

The relationship between the former governor and his political godson has gone awry since then, and this was attributed to one of the factors responsible for the exit of Mimiko from the PDP.

Jegede who defeated the incumbent Deputy Governor of Ondo State, Agboola Ajayi, and seven others to clinch the party ticket in the July 22 primary election, has refused to seek Mimiko’s blessing despite numerous appeals from his supporters and eminent Nigerians before and after the primaries.

One of the Jegede’s supporters who visited Mimiko residence said it was obvious that Mimiko has thrown his weight behind the deputy governor.

He said most of Mimiko’s supporters were seen wearing Ajayi’s caps and shirt to confirm their support for the deputy governor.

He said “Eyitayo has gone to his principal and benefactor but it is unfortunate that he is just doing it now after Mimiko’s Zenith Labour Party had adopted Ajayi as his candidate and created a third force wave.

“Ajayi’s candidacy is already receiving a massive boost from both within and outside the state as some PDP and even APC Governors already backed him against Jegede and incumbent governor, Rotimi Akeredolu,”

A media aide to the former governor, Mr John Paul Akinduro, who confirmed Jegede’s visit, however, declined to reveal the outcome of the meeting of the two leaders.

I receive over 500 WhatsApp, text messages daily since Tinubu picked me as running…