Ondo 2016: Will Akure people have their way this time? 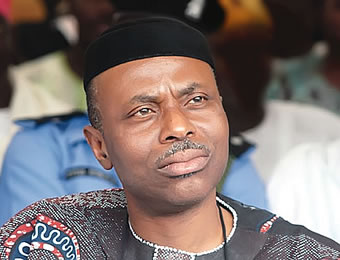 Amid heightened clamour by the people of Akure for the office of the governor of Ondo State, HAKEEM GBADAMOSI looks at the chances of this extraction of the state ahead of the November election.

ON February 23, 2017, Governor Olusegun Mimiko of Ondo State will cease to be the landlord of the Alagbaka Government House and the process for the emergence of the next landlord is already set in motion.

The Independent National Electoral Commission (INEC) has fixed November 26, 2016 for the electorate to decide the governor’s replacement and aspirants to this number one political seat have already mounted campaigns ahead of the primaries of their parties, which have been scheduled for August.

One striking feature of the governorship race this time, however, is the sectional claims to the seat of the governor of the state. All the three senatorial districts are claiming the right to produce Mimiko’s successor, the argument being that the three zones have already had a taste of the exalted position and as such, it can easily now be the turn of any of them.

There have also been claims to the seat by the ethnic minorities. Akoko, Owo, Akure and Ilaje are poised to produce the next governor. But Akure people have the most strident agitation to produce the next occupier of the government house. Their argument is that of all the five divisions that make up the old Ondo province, only Akure has yet to produce the state governor.

They believe that if Ajasin had come from Owo division, Adefarati from Akoko, Agagu from Okitipupa and Mimiko from Ondo, fairness and equity dictate that Akure division has one of its own calling the shots in the state from February 23, 2017.

Since the creation of the old Ondo State in 1976, no indigene of Akure division has been democratically elected to rule the state. The only time anybody from the division had been the chief executive was when the late Michael Bamidele Otiko was appointed the military administrator of the state. He held the position for about a year.

But watchers of political events in the state are of the view that before any indigene can realise the age-long governorship aspiration of the division, they must be acceptable to every section of the state. Appealing to sentiment, they say, is not enough to get the seat.

Some Akure indigenes have thrown their hats in the ring. They are in the Peoples Democratic Party (PDP) and All Progressives Congress (APC), as well as other fringe political parties. In the PDP, there are Dr Dare Bada and Mr Eyitayo Jegede. Those who are seeking the ticket of the APC include Senator Tayo Alasoadura, Prince Ademola Adegoroye, Mr Dele Alade, Mr Akinwale Akingbade, Mr Tunji Light Ariyomo, Prince Abiodun Adesida, Mr Adeniyi Adegbonmire and Mr Olaoluwa Adeyeye.

However, analysts have zeroed in on two of the aspirants as having the brightest chances to occupy the seat. According to them, Jegede, who is the state’s Attorney-General and Commissioner for Justice, is capable of succeeding in his bid should he get the nomination of the PDP. Although he is not viewed as a grass-roots politician with his aspiration also seen as tall order, the Senior Advocate of Nigeria is a leading governorship aspirant in his party.

Jegede came into the political limelight in 2009 when Governor Mimiko made him a member of his cabinet. He was not known to have interest in the governorship seat until early this year when speculations emerged to the effect that Mimiko had anointed him as his successor.

The senator representing Ondo Central District in the National Assembly, Tayo Alasoadura, is also being touted in several quarters as the next governor. The lawmaker is one of the aspirants seeking to represent the APC in the November election. Alasoadura, who is the chairman of the Senate Committee on Petroleum Resources (Upstream), has been nursing the governorship ambition for some time now. The Iju-born politician, who stepped down for Agagu in 2007, also sought the ticket of the defunct Action Congress of Nigeria (ACN) in 2012.

Alasoadura is a familiar face on the political terrain of Ondo State. He is a grass-roots politician who came into the consciousness of the people of the state in 1992 when he was appointed a member of the revenue generation committee set up by a former governor of the old Ondo State, Bamidele Olumilua. His contributions in the course of that assignment are deemed to have painted him as a man given to probity.

A recent interview granted by the Deji of Akure, Oba Aladetoyinbo Aladelusi, could also be taken to situate the importance of this Akure political project. The traditional ruler, who did not show bias for any political party, said his disposition to the Akure-indigene-for-governor clamour was borne out of the need to institutionalise fairness, equity and oneness in the state.

“We are not hell-bent on the issue of Akure division for governor but I also believe that it is not out of place for the Akure division to aspire to the number one position in the state, just as every other zone has equal right to contest. We are not saying we should get this on a silver platter; we will work for it, we will consult, we will reach out and dialogue with other zones on the need to support us in this quest.

“If any of the major political party picks an Akure man, I am duty-bound to support him. I have a strong conviction that there are qualified sons and daughters of Akure who can continue the good work of this present administration and bring their experiences to bear in making the state even better than the present administration is going to leave it,” Oba Aladelusi said.

Will Akure enjoy a sense of fruition in this political clamour? The answer lies primarily in the belly of August, when political parties, particularly the PDP and the APC, will be choosing their governorship candidates.

Lucky Dube’s lead singer to release new album, ‘I Got A Roof’

Why eating fat may not make you fat

We must unite to win Ondo for Tinubu —Adegoroye, Transport Minister

Gender not barrier to House of Reps bid —Adesanya