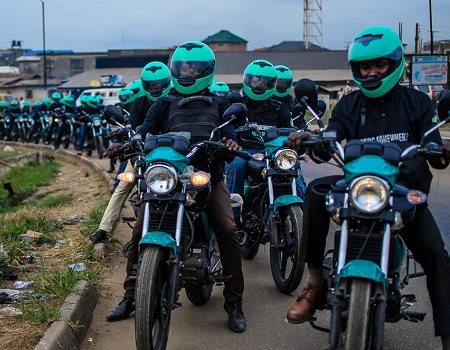 Formal motorcycle operators under the Transportation Hailing Alliance of Nigeria (THAN), consisting of MAX, ORide and Gokada, have condemned in the strongest possible terms, pockets of violence that surfaced in Lagos, in response to the restriction of motorcycle operations (Okada ban)  within the Lagos metropolis.

Speaking during an emergency meeting of the operators, the group advised all stakeholders impacted by the issue to continue to explore only peaceful channels of engaging the government, as opposed to taking the law into their hands.

The group, while noting that peaceful continued engagement is the only way forward, praised the Government for continuing to explore multiple options in dealing with the daunting challenges of transportation in a transition time like this.

Commenting on the outcome of the meeting, the Chief Executive Officer of MAX, Adetayo Bamiduro said “While we have directed our drivers to comply with the government’s directive and restrict their operations within the non-restricted routes, we continue to engage the critical government stakeholders in the state’s transport industry in working towards a way forward for operators under the alliance, that best aligns with the Government’s intent”

Further speaking on the outcome of the meeting, the Director of Policy and Partnerships at ORide, Seun Alley, said “As a group, we do not stand for any destruction of private and public property, and as such, we have also issued stern warnings to our drivers to shun any such occasions. So far, we are happy about the peaceful conduct of our drivers and with the civic training we have always given our drivers, trust that they will continue to be law-abiding citizens.”

Finally, commenting on how the operators are adapting to the impact of the restrictions on their businesses, the Head of Pilot Operations at Gokada, Victor Daminabo said “As an alliance, it’s still early days since the announcement, and so for now, we are largely focused on helping our drivers navigate how to comply with the announcement on restrictions without running afoul of the State’s position. We know there would be long term impacts on our businesses and most importantly on our riders, but in the meantime, it’s compliance mode”

IOSA audit: The way to go for Nigerian airlines