Entertainment
By Tribune Online On Apr 4, 2019 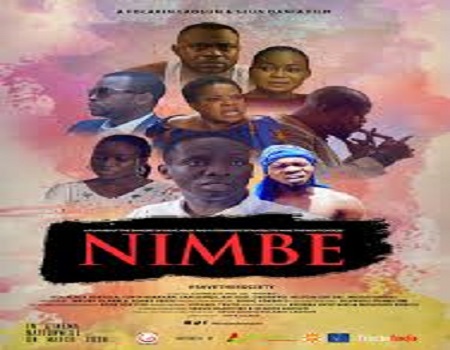 MOVIE critics and some members of the public have commended the actors and actresses that featured in the movie titled “Nimbe” for exposing the vices inherent in drug addiction.

The critics made their commendations in separate interviews with the News Agency of Nigeria (NAN) on the sideline of the premiere of the movie that took place at the Palms Mall, Lekki, Lagos State.

They said that the artists used their skills to interpret their roles and conveyed the movie’s messages to the youth, its targeted audience, and the public in general.

The artists were able to tell the youth and the public from the content of the video that the consumption of hard drugs would always do more harm than good to them.

NAN reports that “Nimbe’’ is the lead character in the video that is about a boy who took to hard drug and this role was skillfully acted by Chimezie Imo.

A household name in the theatre industry, Odunlade Adekola, played the role of Bayo, the father of Nimbe.

Toyin Abraham who acted as Uduah in the video was Nimbe’s mother while Bukola Shofola was assigned the role of ‘Mrs Kpokobiri; the teacher of the lead character.

Also, Kelechi Udegbe answered ‘AK’, in the video and he was the leader of the street gang while Sani Danja played ‘Aba’, a distributor of illegal substances.

The movie which lasted one hour and 50 minutes showed the effects of the consumption of substances suspected to be hard drugs by the lead character and his gang.

Nimbe and his gang operating under the influence of hard drug unleashed terror on the community and committed murder, robbery, and rape.

The film established that Nimbe got introduced to the street gang and drugs due to constant bullying by his peers and the neglect by his parents, especially, his father.

It concluded that parental control, care and love were very essential in the upbringing of children.

It also showed that when a child lacks parental control and social values, he or she would become a victim of negative influences within the society.

A movie analyst, Mrs Bukola Akinola, urged the public, especially the youth, to spare time to watch the movie and learn the good lessons behind it.

“The movie is really good with a bit of humour, but most importantly, it passes on the message about the consequences of drug abuse and its addiction amongst the youth.

“There are a lot of youths that indulge in drug abuse and are addicted to it. This norm is a sad development in our present society.

“There is some sort of comic relief but the movie still passed the message regarding the negative effects of drug abuse to the public and that impressed me a lot,” she said.

Also, Miss Adaeze Ilechukwu, a blogger commended the cast that interpreted the movie.

“I must really commend the cast of the movie because it had the right blend and the actors portrayed their characters well.

“The performances of Odunlade Adekola and Toyin Abraham were awesome. All the cast performed extremely well and it reflected in the movie.

“Most importantly, it addresses the issues of drug abuse which is rampant amongst youths in the country at the moment,” he said.

Mr Jude Balogun, who was part of the audience said, “I was really impressed with the cinematography and production of the movie as everything was super.

“The clarity, lighting, image sensors and everything you can think of, came out in the right proportion and that made the movie great.

“I’m glad I watched the movie and I will recommend it to my friends so they can have a taste of what I had just experienced.

“This is a movie that everyone must watch when it is finally out in the cinemas,” he said.

Mr Demola Akano also commended the movies, noting that the movie exposed some of the current vices affecting the society.

“The rate of drug abuse in the society cannot be over-emphasised, so this movie will send the right message to its target,” he said.

NAN reports that the movie addresses the issues associated with drug abuse, some of the causes, how to identify and avoid such.

The video is currently being shown at cinemas nationwide.