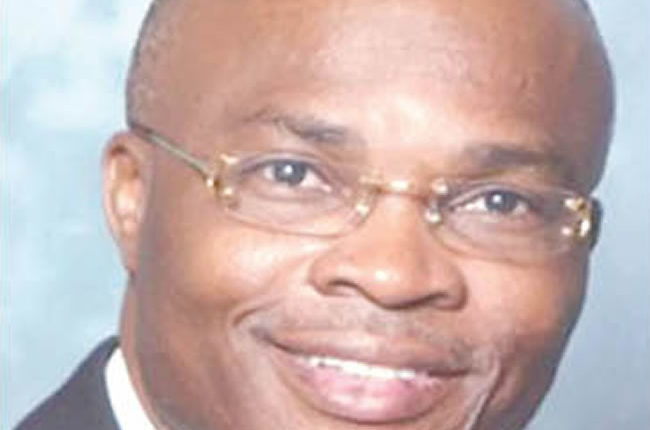 Mr Kenneth Imansuangbon, a chieftain of the Peoples Democratic Party (PDP0 in Edo State and member of the PDP Campaign Committee that traversed the three senatorial districts in the state to galvanise support for the candidate of the party, Governor Godwin Obaseki, spoke to some journalists in Benin City, shortly after Saturday’s election that earned Obaseki a fresh mandate. TAIWO AMODU brings the excerpts:

THE Edo governorship election has been lost and won.  How will you describe the entire electoral process and the outcome?

It means the will of the people is stronger than the tyranny of the few,  it means that Nigeria has come back to reckoning, righteousness, to take their place in the comity of nations as it affects international and local politics.  It means that the people at all times are bastion of   democracy. For the international community too, it means that we are partners. It means for the President of the Federal Republic of Nigeria, he is a good man, like I said on Channels Television  and many other electronic media that when the president of a country is free and fair, righteousness reigns. That is what President Muhammadu Buhari has shown; he allowed for a free process.  What does it means for the military? That they can be professional.  I must say kudos to the Nigeria Police. Nigerians must be grateful to the police, and the Independent National Electoral Commission (INEC)  too, we must thank Professor Mahmood Yakubu. He is a great guy and I must thank him most sincerely and that he allowed the will of the people to prevail..

What are the lessons to be learnt from this election and what is your expectation from Obaseki as he gets his mandate for second tenure?

The lesson to be learnt is God will always win; the people will always win. I must also congratulate Godwin Obaseki for his courage to fight and be at the side of the people. We must salute his courage when he was denied his ticket in APC. A lily-livered man would have chickened out but he offered himself as the torch bearer of democracy. He showed he is a democrat. He was on the side of the people. If you are on the side of the people and the people are on your side. The people saw Obaseki as a bastion of hope; as a torch-bearer of democratic light and he seized the opportunity and he ran with it. I have learnt that we must take one lesson away and that is that power belongs to God and the people. I am not surprised that Obaseki by the act of God and of the people, he won. I expect Obaseki to settle down quickly. He doesn’t have any excuse now; the era of godfather has gone, he is a free man; no chains; no encumbrance anymore. So, he must sit down quickly to do the work of the people. Because the people voted for him, they were with him and they are expecting so much from him and we will give him our support. I will personally give him my support, I will tell him the truth. There is nothing I am looking for. What I am looking for is our roads to be tarred, our schools to work, our hospitals to be  brought back and with the good work he has been doing, I expect he will advance in the second tenure and God will help him.

What happened in essence by this massive show of solidarity for the government is that now he must confront the challenges of governance. What are the essential pillars of progress you will suggest to him?

Well, his essential pillar of progress is, one, I know Godwin fears God. He should fear God in his second tenure. I know his heart and that is why I stepped down for him. He is Godly, fearless, passionate about the people’s job. So, the essential engine should be those attributes that some of us saw that convinced us to give him the support. Those attributes of honesty, sincerity and passion for the people. He should hold on to those and drive the economy of Edo.

We expect a robust economy in the second tenure, we expect security and stability of Edo, we expect that he should create enabling environment for good governance, attract more investors like he has done. We expect to have a good team irrespective of where you are from. If I were him, I would select a good team, crack team to crack the problems of Edo State. I don’t expect Obaseki to be a godfather. He would not be a godfather. I watched him closely. For the few times I have associated with him, I think he is an honest gentleman, whose interest is in Edo and the development of humanity. So, he would not play godfather. He would play people’s mind and he runs with the dreams, values and thought of his mind. He has got a very good wife. She is Godly and very gentle. She is not a bad person. So, with a good wife, a good team, with his state of mind, with his educational horizon and his perspective, I see a very  second tenure that will end well for him.

There is this speculation,  out there   that he had a  pact with his colleagues in the APC Governor’s Forum : that he might return to their fold, having won the election. How would you perceive that?

Quite honestly, I don’t see him going back to the APC. I don’t think that will happen. My own advice is that it is not the party; it is who you are and what your thought for the people are; what you want to achieve. But people might not remember you for the party you belonged to, but people will remember you for your developments and strides, your actions and inactions, what you did and what you failed to do, whether you do good or bad. I think Obaseki, party or no party, I think he is sincere and we will help him to succeed.

With the September 19   election   PDP has finally taken the entire South-South as a bloc.   Going forward to 2023,it has also altered certain permutations.   What does it portent for the party?

It is a good signal. It means that PDP is going to produce the next president. The calculation is now there: South-South has bloc votes; South-South is purely PDP, no doubt any more. Even the North East and North West, they are PDP too. That is a big minus for the APC. I predict that by 2023, the PDP will have the day from what this gathering, the storms and the cloud, when you see the cloud coming, know that it is about to rain, when you see game shifting, know that it is about to change.

Even as you bask in the euphoria of Obaseki’s victory, I was at the polling unit where he voted and he  actually made certain reservations about INEC’s preparations, which he described as shoddy: malfunctioning Card Reader,  vote buying. As  we go into the governorship pool in Ondo State, what are your expectations from  the commission?

I expect that the INEC should improve on Edo. It is not about the party or individual, it is about the country, it is about Ondo people. Ondo people must take a lesson from Edo to say to Tinubu, Ondo is not Lagos. The people have the power. I call on all Ondolites to take the challenge. The godfathers in Ondo are very few. In fact, the last godfather general has been defeated. His era has ended, Edo people are now free. Ondo people, I urge you be free, break the chains of slavery and God will be with you. If we did it in Edo, you will do it better in Ondo.