22 Christians and Muslims leaders unite for peace in Kaduna 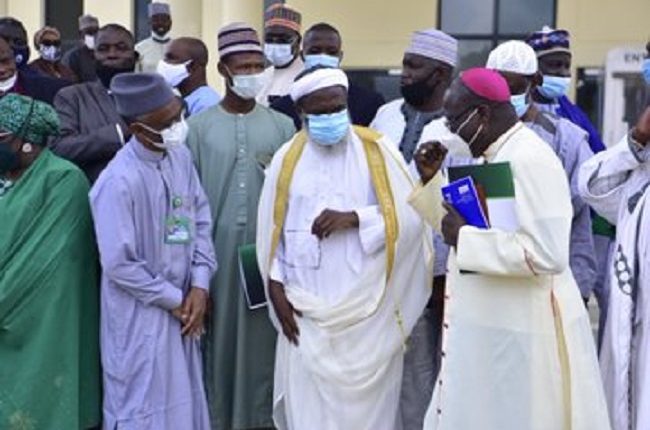 Muslim and Christian leaders in Kaduna State have called on adherents of both religions to stop conducts that are unbecoming of their faith but to embrace peace instead.

The leaders of faith spoke at Sir Kashim Ibrahim House, Kaduna when Governor Nasir El-Rufai inaugurated the House of Kaduna Family, a platform designed for leaders of faith to dialogue, interact and assume collective responsibility for messages that assist people of faith to live up to the highest ideals of our two main religions as peaceful, law-abiding citizens.

Addressing the 22 senior Christian and Muslim clerics that attended the event which took place on Thursday, Governor El-Rufai said that diversity of faith should not be a reason for division and violent conflict.

According to him, “the decision to gather leaders of faith in a joint endeavour for peace and harmony in our state reflects our belief that religion does not have to divide.”

He argued that “the diversity of faith can be a vehicle for unity when adherents respect the right of every human being to life, liberty and livelihood, as creatures of God.”

The governor asked for the support of the leaders in ensuring that the conduct of people more closely mirrors the message of peace and compassion in the major religions. 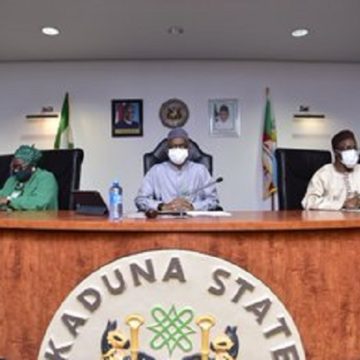 El-Rufai pointed out that religious fervour is a common trait among Nigerians, but “the legacy of communal and ethnic-religious conflict in our state betrays the absence not only of respect for the rule of law but also any adherence to the common values of our two dominant religions –which are peace, compassion and fairness to others.”

The governor told the gathering that Kaduna State has spent enormous financial resources to support, equip and sustain federal security agencies to provide peace in the last five years, observing that “these are resources that can be better applied for investment in reducing the human and physical infrastructure deficits the state suffers from.”

Noting that violent conflict does not have to be the destiny of the state, El-Rufai said that “no one can be wiser than Almighty God who created everyone and the universe we inhabit, who decreed diversity in biology, race, gender, religion, geography, and much else.

“Belief in God ought to compel people of faith to cherish common humanity, and to stand up for everybody, not just the people with whom they share a common religion,” he counselled.

El-Rufai also said that “the people of Kaduna State have to work together to ensure that widespread adherence to religion translates into a broad constituency for peace, adding that “division and conflict amidst intense religiosity is not our destiny.”

During the interactive session, the leaders of faith firmly condemned the violence as contrary to the teachings of the faith. They called for courage on all sides to address the issues, including the roots of violent conflict, the skewed narratives, the scourge of illicit drugs among youth and for a firm stance against religious extremism. They pledged to make the necessary sacrifices to ensure the success of the initiative.

The event was organised by the Kaduna State Peace Commission which will be the secretariat of the House of Kaduna Family.