Why I have not constituted my cabinet —Aregbesola 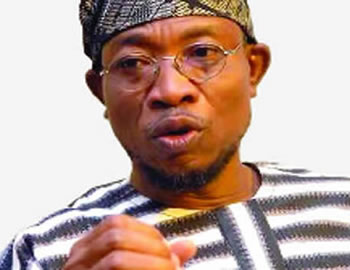 Osun State governor, Mr Rauf Aregbesola, on Tuesday night, identified paucity of funds as major reason why he had not appointed commissioners almost two years into second term in office.

He also said he had not drawn salary since he became governor in November, 2010.

Aregbesola, who spoke at an interactive session while hosting newsmen during Iftar at the Government House, Osogbo, emphasised  that, if the cabinet were to be in place, the state government would require  over N100 million for the payment of their salaries and maintenance of their quarters and offices.

While disclosing that as a governor of the state, he had not collected any salary since he assumed office, he said that he was not even ready to do so because he enjoys free meals, free housing facilities and even sometimes get free clothes through his friends and well wishers.

According to Aregbesola, “It is the state that fuels my vehicles and at the same time takes adequate care of some other necessities of me. It is not so in the case of the appointed commissioners and special advisers because they don’t have access to all these benefits I am enjoying.

“I will however, attribute the failure of my administration to constitute cabinet in my second term to paucity of funds. The purse of the state has been reduced, but very soon as the economy improves the state executive council will be constituted.

“The state executive council to be constituted will need millions of naira. This I can’t afford now and those working with me have been doing so on humanitarian ground. I have passion to develop this state and all I am concerned about is to make the state enjoyable for the people. The financial commitment for constituting a cabinet would be rather used to develop infrastructural facility and improve the general welfare of the people.”

2023: You have one week to submit list of nominated candidates, INEC reminds…

Ooni to Ogunbiyi: You have capacity to lead Osun