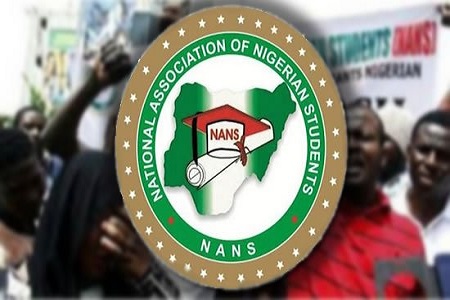 The leadership of the National Association of Nigerian Students (NANS) has concluded plans for a state-wide protest on Monday in Ogun State over alleged incessant extra-judicial killings of students by the operatives of the State Command of the Nigeria Customs Service (NCS).

The students said the seven-day ultimatum was earlier given to the Comptroller General of the NSC, Hameed Ali, to remove the Ogun State Controller, Michael Agbara expires on Monday, May 18, 2020.

The protest is being organised by NANS in conjunction with the National Association of Ogun State Students (NAOSS).

The students alleged that there has been the incessant killing of residents of Ogun State border communities all in the name of fighting smugglers.

The statement read: “We are embittered that since the issuance of the seven-day ultimatum given to the Comptroller General of the NSC, Hameed Ali to remove the Ogun State Controller, Michael Agbara, nothing has been done about this.

“In line with our earlier position, the national leadership of NANS is calling on all the students in Ogun State to be prepared for the planned protest to fight the injustice and inhumane treatment by the men of the Ogun Customs Service on them.

“We are calling on all students to come out and support this protest as it is the fight for the emancipation of Ogun students from the callous hands on the men of the Ogun Customs Service. This is a fight for liberation, the incessant killing our students must stop and nobody except us can fight for this.

“Ogun State Controller of the Nigeria Customs Service, Michael Agbara must not only be removed but he must also be made to face the crimes against humanity committed by his men under his watch.

“There is no going back on this protest. Nigerian students will occupy the Headquarters of the Ogun State Command of the Nigeria Customs Service until Agbara is removed.

“This protest is tagged Agbara Must Go! Agbara Must Face Criminal Against Humanity. Agbara Must Pay For The Blood of Every Student Killed Under his watch.

“We hereby urged every student in Ogun State to remain strong, resolute and committed to this course as victory is ours. Aluta Continua! Victoria Ascerta!”