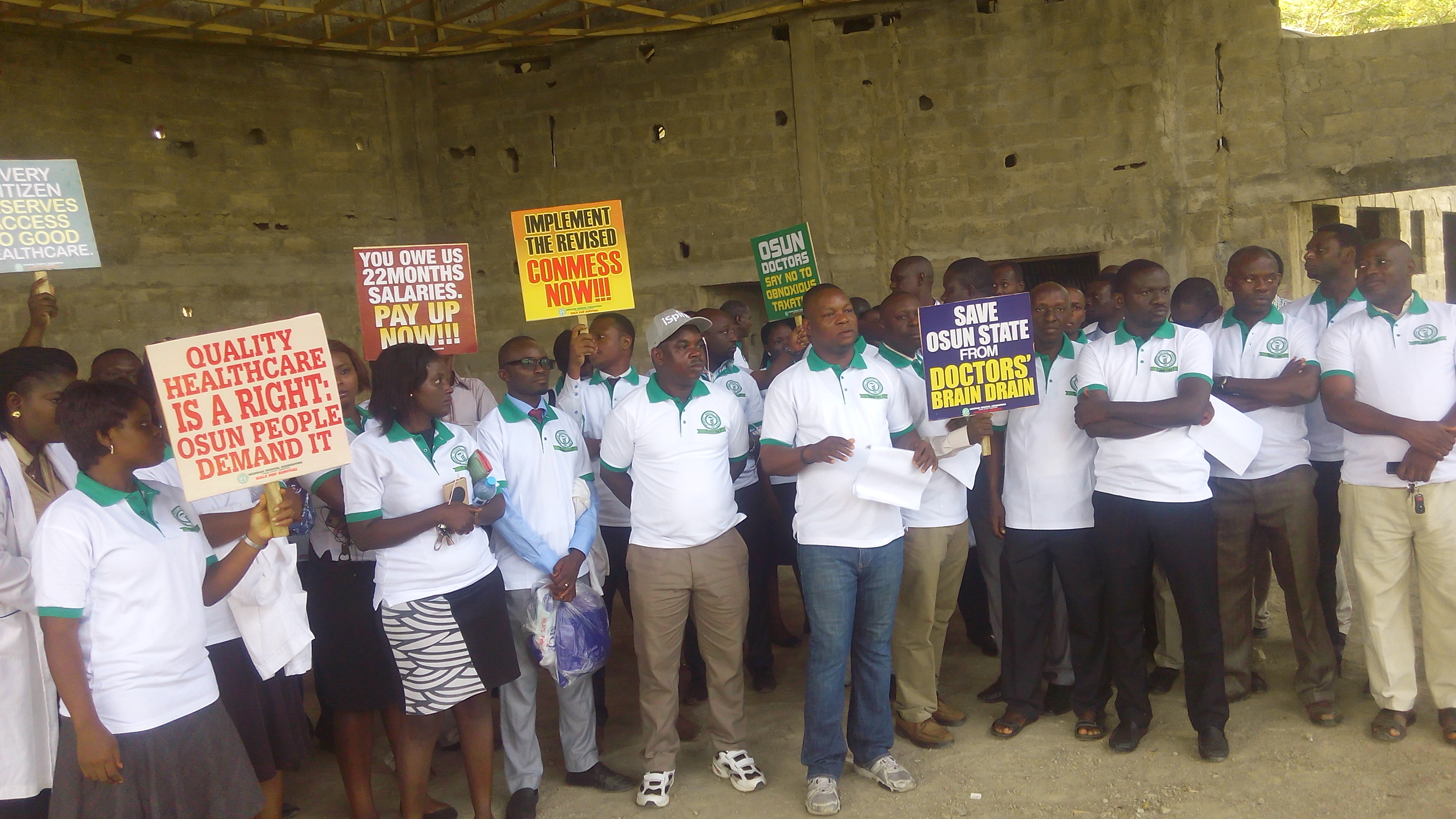 The Nigerian Medical Association (NMA), Osun State branch has threatened to embark on a full scale strike if the state government refused to meet its demands within 21 days.

Addressing a press conference at the NMA secretariat in Osogbo on Monday, the Chairman of association, Dr Tokunbo Olajumoke, said the resolution was passed at the emergency general meeting of the body.

The NMA chairman read a statement jointly signed by him and the Secretary of the association, Dr Olalekan Ajayi, in which the body enumerated its demands.

The association complained over lack of drugs and consumables in health facilities and lack of basic amenities and equipments in the hospitals in the state as well as the non-payment of salaries of doctors and urged the state government to address the issues without further delay.

According to him, “following over two years of appeals, engagements and discussions with the state government on the decadence in the health sector in Osun state, the association hereby gives a twenty one (21) day ultimatum from today August 28 to September 17, 2017.

“At the expiration of the ultimatum, the association will be left with no other choice than to immediately withdraw our services in the state.”

NMA called on traditional rulers, members of the National Assembly and the Osun State House of Assembly and other stakeholders to prevail on the State Governor, Mr Rauf Aregbesola to do the needful so as to save the health sector in the state from further collapse.

The NMA chairman said “the demeaning level of care being melted upon medical practitioners by the state government is best described as a vicious cycle of poor remuneration with consequent unsatisfactory career, flight of already scarce medical practitioners and then a subsequent pseudo-employment that does not last for a reasonable time.

“Expectedly, in view of the neglect in the sector, there has been an untoward effect on the good people of the state as evidenced by the increasing mortality and morbidity indices of the state,” Olajumoke added.