NIMN to adopt electronic voting at 2020 AGM ― Chairman of Council 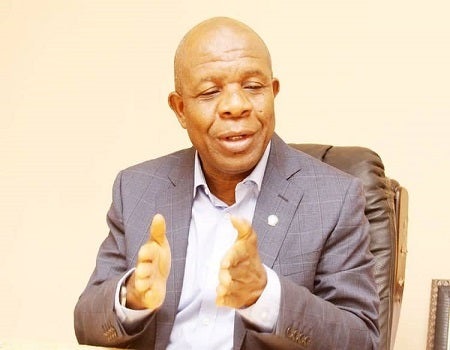 Elections into the positions of the First Vice President, Second Vice President and four other seats in the council of the National Institute of Marketing of Nigeria (NIMN), expected to be declared vacant, at this year’s Annual General Meeting (AGM) of the institute, is to be conducted electronically, the leadership of the institute has said.

Disclosing this at an online briefing with select media, recently, the institute’s President and Chairman of Council, Mr Tony Agenmonmen, stated that besides being the institute’s response to the Coronavirus pandemic, the decision to make the elections virtual was also meant to give each of its members the opportunity to participate in the election

He described the AGM as significant since it would witness the institute’s transition from manual to an electronic system of voting.

“The rationale for the transition is to give every eligible member of the institute the opportunity to exercise his or her right to vote for their preferred candidates irrespective of their location, and enthrone more transparency, fairness, and credibility in the electoral process,” he stated.

Agenmonmen argued that the institute’s AGM, initially scheduled to hold in Benin-city, Edo State on April
16 and 17, 2020 respectively, would now hold on Thursday, July 16, this year, online, in tune with the new ways of doing things.

He added that the campaigns by the contestants, which had already begun, would culminate in an online debate on July 8, 2020, with the electronic voting exercise, commencing on July 9, 2020, when the voting portal would be made available to eligible voters.
.
The NIMN boss also expressed the belief that the AGM would also offer the opportunity for the incumbent leadership of the institute to present accounts of its stewardship for the year ended 31 December 2019.

While assuring the contestants of a level-playing field, the Chairman of the institute’s electoral committee, Ali Madugu stated that the committee had engaged a reputable audit firm to assist in the conduct of the elections.