• Say those against e-transmission want election rigging to continue 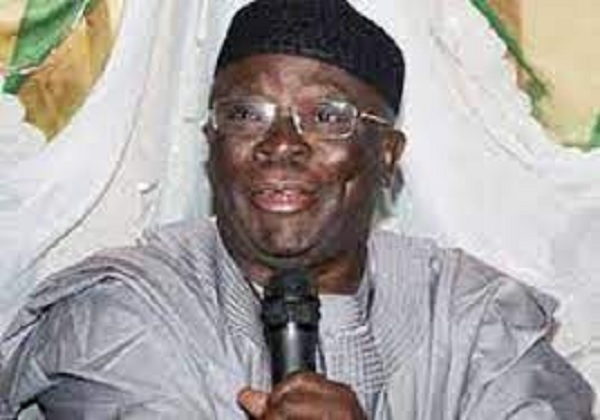 Pan-Yoruba socio-political group, Afenifere, said Nigerians should insist that the 2023 elections in the country must be made to be as Internet-complaint as possible, with the results transmitted electronically, “otherwise, there shall be no elections.”

The pan-Yoruba made this clear demand in reaction to the rejection by the National Assembly of e-transmission of poll results while considering passage of amendments to the Electoral Act, describing the decision as unfortunate and a demonstration that those who voted that way wanted election malpractices to continue in Nigeria.

Afenifere spokesperson, Comrade Jare Ajayi, made the call on Sunday in a statement he made available to Tribune Online, saying a “corollary to this is that restructuring must take place wholistically before the next general elections, come 2023.

“The choice before us as a people is to insist that the next elections in the country must be made to be as Internet-complaint as possible, otherwise, there shall be no elections.

“A corollary to this is that restructuring must take place wholestically before the next general elections,” the Afenifere chieftain said.

Ajayi, while condemning the decision taken by the National Assembly lawmakers on the electronic transfer of election results, said their action had clearly shown that majority of them were not there to serve the people’s best interests as they were there mainly there to serve the interests of those they considered as holding the lever of power.

‘To start with, our Legislators ought to be anxious that Nigeria should advance technologically. One of the ways to achieve this is to digitalise services that are digitalisable.

“Announcing or broadcasting elections results via the Internet, just like transferring money electronically, is certainly one of the ways for this to be done. For the National Assembly to vote against it shows that those who voted against it want election malpractices to continue in Nigeria. It is unfortunate,” Afenifere spokesperson said.

Speaking further, Afenifere spokesperson said the argument of the Senate in voting against e- transmission of results was made worse by predicating “the usage of the Internet to transfer elections results on the approval by the Nigerian Communications Commission and the National Assembly, while it still claimed the Independent National Electoral Commission (INEC) is independent.

He queried where was the independence from when the right or decision to use or not to use a particular method would be determined by forces outside of the electoral body, declaring: “Nigeria never ceases to confound one.”

Comrade Ajayi, however, noted that the electoral body had since made it clear that it was in a position to transmit elections results electronically, saying that the immediate past chairman of the body, Prof Attahiru Jega, had affirmed such.

While further querying the motive behind the decision of the National Assembly to reject the e- transmission of election results in the amended Electoral Bill, Comrade Ajayi said they did so simply because they had an ulterior motive which was not in the best interest of majority of Nigerians.

“Why then should members of the National Assembly ruled otherwise? They did so simply because they have an ulterior motive. A motive that is not in the best interest of majority of Nigerians,” he said.

CLAIM: A Twitter user claims that the Arab League of Nations sent a warning message to the Nigerian government on the Biafra movement.Nigerians should insist 2023 poll is Internet-complaint ― Afenifere

Bandits release one of abducted Baptist students on health ground