Need for moderate intake of caffeine 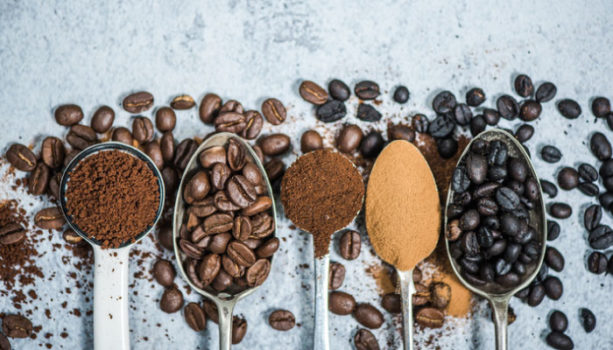 Caffeine acts as a central nervous system stimulant when it reaches the brain; the most noticeable effect is alertness. This is primarily linked to caffeine withdrawal, the blood vessels in the brain become used to caffeine effect so if one suddenly stops consuming caffeine it can cause headache.  Caffeine is a stimulant and the most commonly used drug in the world. Everyday millions consume it to increase wakefulness, alleviate fatigue and improve concentration and focus.

Amid myths and controversy about whether caffeine is good or bad for humans, evidence suggests that moderate coffee consumption can bring both benefit and risk. However, a high consumption of caffeine may not be healthful. In addition, the recent trend of adding caffeine to drinks and snacks that did not naturally contain it has raised a new concern. Caffeine is a stimulant that occurs naturally in some foods, a moderate intake of coffee may enhance weight loss, cognitive function and alertness. However, caffeine may have a negative impact on pregnancy, fertility, glucose control and other aspects of health. Energy drinks contain a high level of caffeine that is unlikely to be hazardous unless consumed with alcohol.

The Food and Drug Administration (FDA) considers caffeine to be both drug and food addictive. It recommends a maximum intake of 400mg a day. In prescription and Over The Counter (OTC) medicines, caffeine is used to treat tiredness and drowsiness and to improve the effect of some pain relievers. Caffeine belongs to a group of medicines called Central Nervous System (CNS) stimulant. Foods containing caffeine can help restore mental alertness. Caffeine occurs naturally in the leaves, seeds or fruits of more than 60 plants species including coffee bean, tea leaves, and buds, dola nuts, cocoa beans, guarana seeds and so on. Caffeine features in tea, coffee and chocolate and it is regularly added to gum, jelly beans, waffles, marshmallows, sunflower seeds and some other snacks.

The FDA recommends that healthy adults limit their caffeine intake to a maximum of 400 milligrams a day (4 or 5 cups of coffee). This amount is not associated with negative effects. There are no set limits for children but the American Academy of Pediatrics discourages the consumption of caffeine and other stimulants by children and adolescents. Caffeine may have some health benefits but not all of these have been confirmed by research. These include weight loss, alertness, sports performance, brain function, memory, eyelid spasm, kidney stone, stroke; while caffeine has benefits it also has risk which are depression, blood sugar, loss of pregnancy, reducing chances of getting pregnant by 27 percent, gout, bladder problems, insomnia, headaches, dehydration, irritability, heartburn, muscles tremors.

However, caffeine does not sober a person up or make them fit to drive; it may take them more alert but it does not reverse the poor judgement and other effects associated with alcohol. In fact, it could be more dangerous because without the drowsiness a person is more likely to believe they are sober which could lead to more hazardous activities like drinking more alcohol. A person is unlikely to die from consuming too much caffeine. It is estimated that it would take 149 or so cans of caffeinated energy drinks to kill an average adult male. However, pure caffeine is a powerful stimulant and a very small amount can lead to an accidental overdose. A single teaspoon of pure caffeine is roughly equivalent to 28 cups of coffees. It is not that coffee or caffeine is not to be consumed but it should be taken in a moderate amount.

Forest of the heartless

Youth unemployment: Why the number is rising