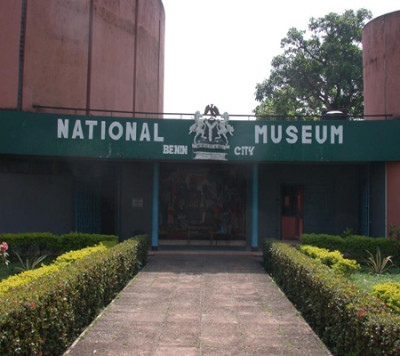 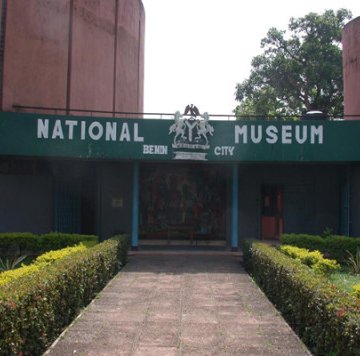 THE National Museum, Lagos, established in 1957 has become a reference point in tourism attraction. This is demonstrated by its patronage by both indigenous and foreign tourists and visitors.

Its strategic location on Lagos Island and nearness to the famous Tafawa Balewa Square (TBS), Muson Centre, JK Randle Sport Centre, United States Consulate-General Office and some other important places have been an advantage for the museum, which plays host to monuments such as the Mercedes Benz that served as the official car to a late military Head of State, Gen. Murtala Muhammed, assassinated on Feb.13, 1976.

The National Museum, Lagos, also houses historical collections from different ethnic groups in Nigeria for use by scholars, researchers, other museums, cultural organisations and schools.

Omotosho says that the fuel scarcity experienced in late 2017 was responsible for the decline in patronage.

“It is unfortunate that patronage went down last year due to fuel scarcity; we were doing well since the beginning of the year until the country experienced fuel scarcity in December.

“We hope this problem is finally resolved so that people will not be deprived of coming into the museum to gain knowledge in 2018,” he said.

Omotosho notes that students on excursion account for the highest visitors to the museum annually.

He appeals to adults to cultivate the habit of visiting the museum.

The official describes a museum as an institution that collects artefacts and other objects of artistic, cultural, historical, or scientific importance.

The National Museum in Lagos is one of the 43 museums owned controlled and managed by the National Commission for Museums and Monuments.

The museum represents the home of culture as it houses historic artefacts, monoliths, monuments, arts and craft.

The 61-year-old museum has continued to play a leading role in the provision of museum services to individuals as well as private and corporate organisations.

In essence, it plays a major role in using culture as a catalyst for national development, peace and unity.

Apparently, in recognition of the importance of museum to national development, the Lagos State Government has mandated both public and private schools in the state to add the study of the museum to the school curriculum.

In spite of these gains, however, some Lagos residents want stakeholders to improve the museum to boost operations.

Mr Kolawole Adeola, a resident of Lagos Island, is of the opinion that the revival of the Museum Kitchen, which stopped operations years ago, will attract more patronage.

According to him, the kitchen used to be an entertainment hub which attracted fun seekers.

“Whenever people came to the Museum Kitchen then, they also sought to see historical images and artefacts.’’

Mrs Shade Animashaun, a tourist, says that she in company with her husband used to savour food from the kitchen in 1978.

“The museum kitchen was always preparing various African delicacies daily and my husband would take me there almost every weekend before we travelled to the United States.

However, when we returned home, the kitchen had lost its steam.

“It is so painful now that music and life bands that provided entertainment then are scarcely there,’’ Animasahun said.

Mr Isiaka Adelodun, an engineer, told NAN that the kitchen should be renovated and should serve sumptuous traditional dishes.

“People ordered for takeaway packs, while the kitchen offered courses in cookery,’’ he said, urging relevant authorities to urgently revive it

“The National Museum Lagos is now suffering from lack of maintenance; there is the need to upgrade the facility to a world-class museum to boost tourism and education.

Some students of the Obafemi Awolowo University (OAU), Ile-Ife, Osun, on an excursion to the museum, appealed to the Federal Government to train and retrain workers of the museum for efficient service delivery.

The final year students from the institution’s Department of Fine and Applied Arts said in interviews that the museum needed more attention.

According to them, the museum’s surroundings are not tidy and lacks what it takes to attract local and international tourists.

According to one of them, Ronke Okusi, the museum needs thorough renovation.

“The vicinity is unattractive.

“The museum’s management should install functional air conditioners in all its galleries.

“Primary and secondary school pupils will find it difficult to learn under the present conditions.

“If the management cannot afford to install air conditioners, it can install fans.

“Constant power outage is another challenge that the management should tackle for the museum to meet international standards,’’ he said.

For Joseph Idowu, another student from the university, a national museum that has become a household name should be more spacious to accommodate conveniently a large number of students and tourists.

“The galleries within the museum are too small for even 37 students who came on an excursion,” he said.

Also, Bolarinwa Samuel, the President of Association of Fine and Applied Arts Students of OAU, believes that renovation of the museum will enable it to compete favourably with others of international standards.

“We cannot develop our tourism industry without ensuring that our museums are in good shape because, for some international tourists, the museum is usually the first point of call.

“The Federal Government should fund the museum adequately for it to ensure efficiency,” he said.

The students lauded the museum especially for the protection of Akwanchi Monoliths, Epa mask, Nok Esien and Benin Arts.

According to them, we have been able to know the differences between the ancient arts and the contemporary arts which will influence the genre of arts each of them can create.

Mrs Edith Ekunke, the Curator of the National Museum, Lagos, says the management has worked tirelessly to ensure that all cultural and historical materials within the museum are properly preserved in the appropriate room temperature.

According to her, the museum acquires collections through field findings, purchase, donations, gift, request, return, restitution and seizure.

She said that the museum repatriated 78 artefacts in 2017 from Florida and Boston in the U.S., France as well as from Owode, the border town between Nigeria and the Republic of Benin.

“We achieved this through a new culture of collaboration which has to do with opening communication channels with the countries and institutions keeping those objects within the context of UNESCO ICOM and other bilateral and multilateral frameworks.

Ekunke says the Federal Government should continue to mount pressure on countries with Nigeria artefacts to return them to the rightful owners, adding that collections repatriated to the country are few.

Constitution Amendment: Oyo Assembly approves ‘Not Too Young to Run’