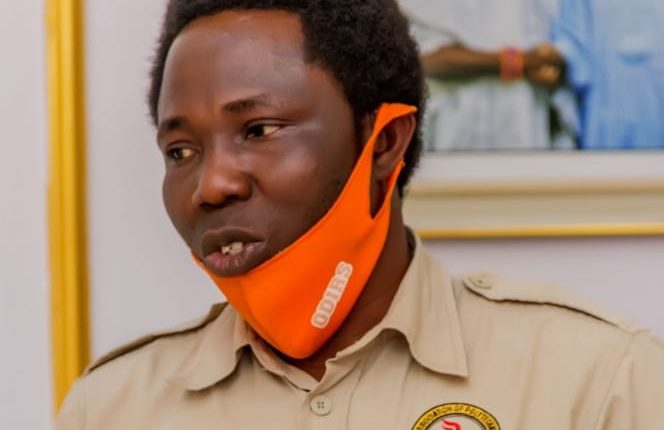 The National Association of Polytechnic Students is working in partnership with a private firm, Domak Shelter, a real estate and investment company to deliver about 10 million affordable housing units to polytechnic students in the next few years.

President of NAPS, Comrade Mr Olalere Adetunji, disclosed this on Tuesday in Abuja at the formal launch of the Nigerian Youth/Students Land and Housing Investment Scheme to cater for the housing needs of polytechnic students.

He said that the scheme would also help to curb social vices among the students and as well help secure their future.

According to him, considering the housing deficit in Nigeria between 1994 till now, there is a 700,000 housing deficit annually which the provision of 100,000 units of housing by the government cannot meet.

Adetunji said there was a need for individuals and bodies to rise up to the need of housing provision for low-income citizens which the polytechnic students fall within.

“In 1992, the Federal Government launch a housing scheme called Home Savings Scheme, which was designed for civil servants alone.

“After critical research of the success and failure of the Federal Government Housing since 1992 till now, the leadership of NAPS in partnership with Domak Shelter came up with a better idea for the entire polytechnic students.

“In the pursuit of a better opportunity for the polytechnic students, the idea of creating a housing investment scheme was born; which allow students to invest in real estate by buying a plot of land with daily, weekly or monthly contributions.

“NAPS negotiate with Domak Shelter to give opportunity by allowing soft payment for students such as a daily contribution of N350, N2,450 on weekly basis and N 9,800 on monthly basis depending on the financial strength of students,” he said.

Chairman, Domak Group, Mr Kingsley Azonobi, said the project was a foundation upon which students could advance the course of their future.

He lamented that going by verifiable records, Nigeria churns out of universities, polytechnics, monotechnics, colleges of education, and other educational institutions about 1.5 million graduates every year, thrown into the labour market.

Azonobi said the project was designed to provide a platform to secure the future of polytechnic students after their academic life.

According to him, Nigeria youths make up 70 per cent of the nation’s populace and their neglect is what accounted for the underdevelopment and poverty that has sunk deep into the foundation of this nation.

He said it was however worrisome to see that 70 per cent of the components of the populace don’t have a stake in governing machinery.

He called on stakeholders to give hope, life, value and capacity to the youths by investing in their future.

clean, potable and affordable water amidst the surge of COVID-19 cases in the state.

In spite of the huge investment in the water sector by the government and international organisations, water scarcity has grown to become a perennial nightmare for residents of Abeokuta, the Ogun State capital. This report x-rays the lives and experiences of residents in getting clean, potable and affordable water amidst the surge of COVID-19 cases in the state. | NAPS targets 10 million housing for Polytechnic students

Sell-offs of banking stocks dips market by 0.03 per cent