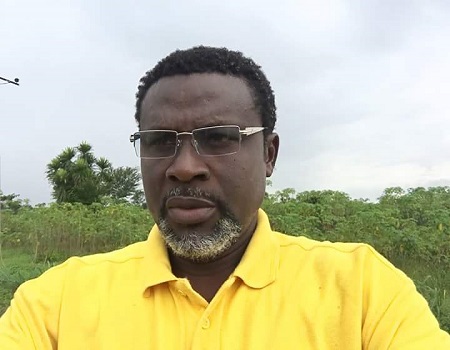 THE People’s Democratic Party (PDP), chieftain, Chief Sunny Onuesoke, has condemned the situation whereby people are only condemning Delta State Governor Ifeanyi Okowa and not commending him when he does well.

Onuesoke made the statement in Asaba, while responding to questions from newsmen on Okowa’s release of N5 billion to the 25 local government areas to augment the payment of their workers’ salaries.

He argued that in such a feat, the governor deserves commendation for resolving the problems of the local government workers’ salaries, adding that rather, his detractors pretended as if nothing good has happened.

He said it was amazing why people should go about condemning the governor and not commending him when he performs.

Onuesoke who said Okowa’s detractors, who have never seen anything good in his achievements, must understand that the governor is not indebted to local government workers or primary school teachers as being peddled in some quarters.

“What the government does as state government is to add 10 per cent of its Internally Generated Revenue (IGR) to their money through what is called JAC Committee,” he noted.

“He came into office at a time when there was a serious economic recession in the country and this affected the revenue of the State.

“But as a Governor with a vision and on a mission, he has carried on efficiently and Deltans are seeing things for themselves that they have a capable and experienced Governor,” he stated.

Onuesoke said Okowa’s achievements in less than three years in office have qualified him to remain in power for a second term come 2019.

“Altogether, Wike and Ibori’s commendation of Governor Okowa for his beneficial governance is in order. More of such comments and appraisals are needed to galvanise the governor to reposition the state in every imaginable way that would generate growth and development. As it is often said, eulogy imbues the receiver with greater zeal to excel,” he stated.

The PDP Chieftain and former Delta State Governorship aspirant, further explained that since Okowa resumed office, hundreds of kilometres of roads have either been built or upgraded to open up hitherto inaccessible areas to remedy the attendant dilapidation of yesteryears.

“His achievements in education, health, employment, security, human capacity development and other endeavours are innumerable,” he recalled