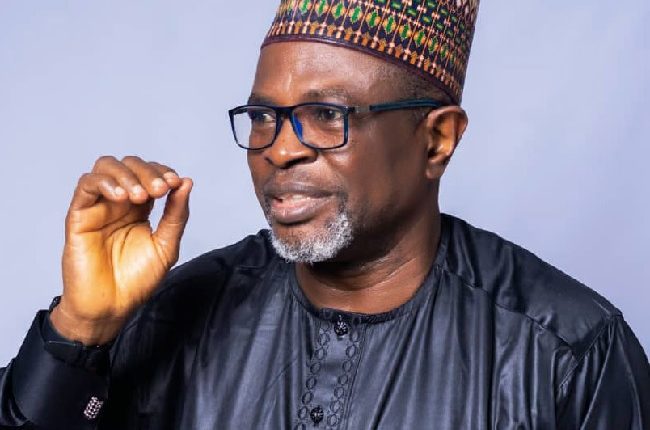 A chieftain of the All Progressives Congress (APC), from Adamawa State, Sunny Sylvester Moniedafe has joined the race for the national chairman of the party.

He promised an open, transparent administration that would integrate all stakeholders into decision making.
He said: “The National Secretariat of the APC under my unflinching leadership will see to the increased impact and effectiveness in service delivery.

“If given the opportunity to serve as National Chairman of the APC, my team will, first of all, reaffirm the respect for and supremacy of the party’s constitution, and ensuring its effective implementation, whilst maintaining utmost discipline.

“I will put every bit of my energy to institute an effective working synergy among all party structures and arms of government, which is critical to ensuring that promises made during campaigns are not mere rhetorics, but will be accelerated and fulfilled to the letter for the good of Nigeria and its citizens, as well as an excellent global relation.

“This can only be achieved with the various arms of government, consisting of the Executive, the Legislative and the Judicial working in tandem and in synergy to uphold the party’s policies, plans and programmes.

“My dealings as a National Chairman will exhibit absolute transparency in the party’s affairs as one of its hallmarks. We will be free of any form of influence or corruption whatsoever.

“A key focus of my leadership will also be on an effective reward system for the party faithful. It is incontestable that there are many loyal APC party members who are great patriots of our dear country, rich with intellect and who want to give their best all in furtherance of the party agenda for the nation. We will look out for them wherever they are, and at whatever levels, and give them a chance.”

He further said his leadership will adopt adequate data-enabled planning with the aim of coming up with sustainable policies that will deliver the goods to Nigerians as a whole.

“In a democracy, political party platforms are the vehicle in which political office is sought with a view to making a positive difference in governance and development across all levels, we will create the political awareness among members on the need to jealousły guard democracy and our party as an embodiment of expression and fulfilment of ideas.

“At every level of the party structure job descriptions will be clearly spelt out in every role, and officers will be expected to support the mainframe of the party and its elected officials towards delivering service to the people through policies and programmes. We will mean business and we will do what we say we will do.”

“The truth be told that come 2023, the Presidential candidate of our party should come from the Southern part of the country. Either from the west or the east or south, all I know is that the ticket should go to the South.”