•As CDS harps on collaboration with diaspora on defence, security 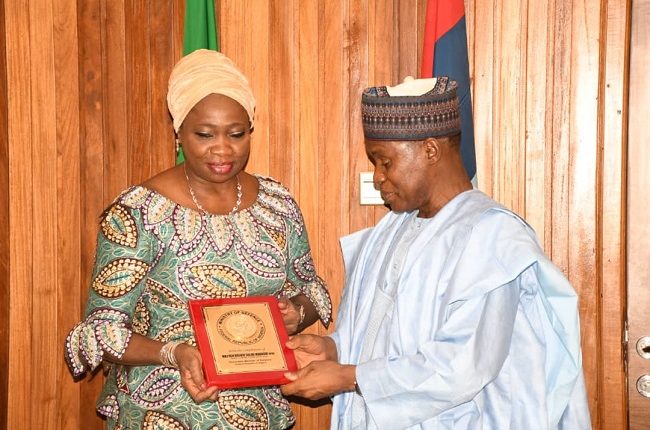 The Minister of Defence, Maj. Gen. Bashir Salihi Magashi (rtd) has restated the commitment of his Ministry towards facilitating the realisation of the mandate of the Nigerian in Diaspora Commission.

Magashi said this on Friday as he received the Chairman and Chief Executive Officer of the Nigerian in Diaspora Commission (NIDCOM) who paid a courtesy call on him in Abuja.

He said the efforts of the Commission at bringing back stranded Nigerians in Diaspora under the watch of its CEO Dabiri–Erewa are commendable.

Magashi expressed optimism that a robust partnership with the Commission will be the right step in the right direction that will emplace seamless evacuations of stranded Nigerians abroad.

Magashi buttressed the excellent performance of the Commission in the fulfilment of its mandate as he referred to her speedy and strategic intervention in the cases involving Nigerians based in South Africa Saudi Arabia and other parts of the world.

Meanwhile, the Chief Of Defence Staff, General Lucky Irabor in his remarks expressed absolute commitment to tapping into the skills, competences, knowledge and exposure of Nigerians in the Diaspora who specializes in defence and security architecture.

Irabor also said on the proposed Diaspora Defence and Security Conference(DSC), given the security situation in the country, it would be most appropriate to synergize and exploit the enormous resource base of Nigerians in the Diaspora for National Development.

Irabor commended the NIDCOM Boss Hon Abike Dabiri-Erewa for engaging Nigerians in the Diaspora for meaningful contributions to national development.

He promised to also sustain the drive for gender equity in the Armed Forces as well as a well-structured data mapping of Nigerian Military Personnel serving in different countries globally.

In her remarks, Hon. Abike Dabiri–Erewa premised the purpose of the courtesy call on the defence Minister on the need for the NIDCOM to seek partnership with the Ministry to explore ways of floating Diaspora Security platform that will strengthen the already emplaced collation of digitally collated data of serving military personnel abroad.

Erewa also maintained that given the number of highly qualified Nigerians in the Defence and Security Sector in the Diaspora and are excelling.

“It becomes germane to bring them on board at the proposed Diaspora Defence and Security Conference,” she added.