MMWG warns against overheating of polity 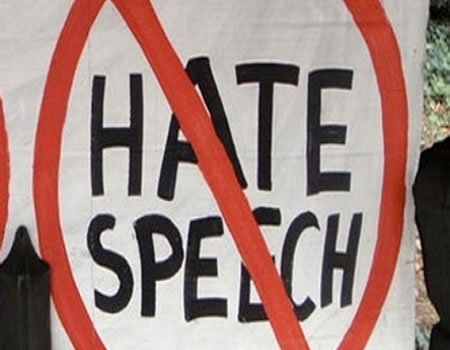 THE Muslim Media Watch Group of Nigeria (MMWG) has condemned what it called the incessant hate speeches grounded in falsehood and ethnic and religious intolerance across the country.

The organisation, in a statement by its national coordinator, Alhaji Ibrahim Abdullahi, accused some political and other elites of promoting religious and ethnic parochialism in order to overheat the polity.

The MMWG warned that “careless, senseless and irresponsible statements must be checked to avert political, ethnic and religious crises,” saying this could only be done if those found culpable are made to face the law either as individuals or groups.

It described as inflammatory a statement credited to a former deputy governor of the Central Bank of Nigeria (CBN), Dr Obadiah Mailafiya, that the commander of Boko-Haram in Nigeria is a serving governor in the northern part of Nigeria.

The MMWG described the development as worrisome, saying the statement was capable of promoting disaffection and causing chaos and instability.

According to the group, from the events that have followed the “provocative” comment, “one could see that personal animosities are gradually being developed to add to humongous problems we are facing presently.”

The MMWG said as the governorship elections in Edo and Ondo states draw near, the Federal Government should ensure that political thugs and their sponsors pay for their actions “this time around.”

It said: “This time around, let us see the arrest of erring youths being made to cause trouble so that their peers could learn some lessons.

“Parents and guardians in the two states must warn their children and wards to desist from serving any politician negatively, rather they should vote and go back home and wait for the results.”

More Shocks As Unemployment Data Exposes Misery Status Of Nigerians
BEFORE now, economic and finance experts found it difficult to assess the healthy nature of the labour market and how to measure the impact of government policies targeted at creating jobs because of lack of real time labour data. But on Friday, August 14, 2020, the concerns were only slightly eased as the National Bureau of Statistics (NBS) published second quarter (Q2):2020 labour statistics, the first report since Q3:2018…overheating of polity  overheating of polity

MONDAY LINES: Obasanjo’s (D)Art Of Condolence
Ben Guriano of The Washington Post described them in 2018 as ‘taboo enforcers.’ These are trolls seeking to upend truth and subvert facts about the life and times of the dead. ‘Do not speak ill of the dead’ came originally from a Spartan philosopher, then it was latinated by the Romans to read De mortuis nihil nisi bonum – and got spread around the world like Chinese viruses. The black man, as in all cases, contracted the no-no and turned it into a religion, got drunk with it and won’t mind killing for it…overheating of polity  overheating of polity

2.4 Million Households To Benefit From FG’s Stimulus Package — Presidential Aide
TO ensure food security for citizens, at least 2.4 million households will benefit from the Federal Government’s post-COVID-19 stimulus package, a presidential aide says. Dr Andrew Kwasari, Senior Special Assistant (SSA), to the President on Agriculture, disclosed this in an interview with the News Agency of Nigeria (NAN) on Sunday in Abuja. Kwasari spoke against the backdrop of projects anchored by the Nigerian Economic Sustainability Committee (NESC) to secure the economy against the effects of COVID-19…overheating of polity  overheating of polity