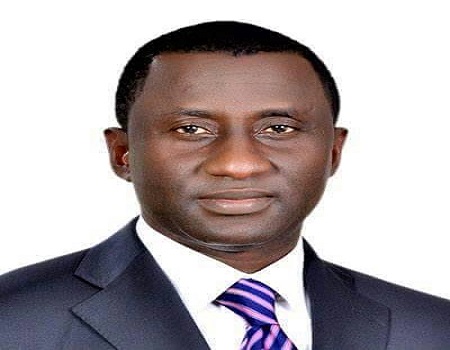 The Minister of State for Mines and Steel Development, Dr Uchechukwu Sampson Ogah has called for collaboration and cooperation among the West African leaders in monitoring and stopping of illegal trans-border trade of solid minerals.

Stopping of illegal trans-border trade within the West African Sub-region, according to the minister, would derive the maximum economic benefits.

Dr Ogah, in a statement by Head of Press of the ministry, Mr Timothy Akpoili, and made available to newsmen in Abuja, on Thursday, was quoted to have stated this at the opening ceremony of Ouaga Dore, Gold West Africa in Burkina Faso.

He emphasised the need for sustainable peace and security in the sub-region to enable it to leverage and harness the gold value chain for industrialisation, wealth and job creation for its teeming youths.

The minister, who was a special invitee of the Burkinabe Government, told participants the efforts made so far by the Nigerian Government to diversify the nation’s economy, through the Mineral Sector, especially the Presidential Artisanal Gold Mining Initiative (PAGMI).

Dr Ogah, therefore, applauded the Burkina Faso Government for putting in place the right policies, which had increased investment in the mining sector in the country, and led to the development of the country’s artisanal and small-scale gold production, as attested by the event.

According to him: “You have made a quantum leap in the development of your artisanal and small-scale gold production and today’s presentation of refined gold bar medallions speaks volume to the international investors.”

He described the Gold festival and presentation of Gold bars sourced mainly from artisanal operators in the country, as “a significantly bold step in developing the gold and mining value chain and deepening integration across the West African economic corridor.”

He appreciated the valuable contribution of Burkina Faso’s mining partners like Messrs. Kian Smith for their efforts leading to the remarkable milestone, saying Messrs. Kian Smith is a major player in the Nigerian mining sector as it holds a gold Refinery license and Minerals Buying Centres.

Earlier, the Minister of Mining and Quarries, Burkina Faso, Mr. Oumarou Idani thanked the Minister, Dr Ogah for honouring the invitation and disclosed that the country is endowed with gold and manganese which are its chief sources of its revenue generation.

Mr Idani said his country was working on attracting investors as well as supporting and promoting the production of gold jewellery for export within and outside Africa, saying: “We have a history of gold jewellers craft men in the country.”

Also speaking, the Nigerian Ambassador to Burkina Faso, Mr Zachariah Mallam Ifu, said the Nigerian Embassy was looking at areas of collaboration that would facilitate bilateral transactions between Nigeria and Burkina Faso in the solid minerals sector.

Warri prison up in smoke in attempted jailbreak