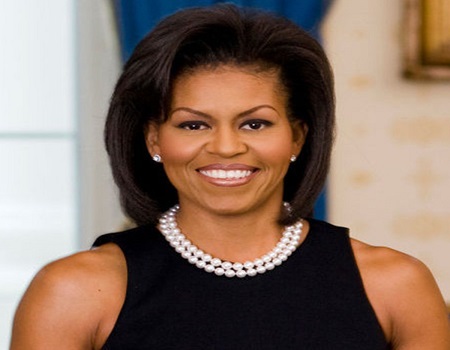 That’s right, the Grammy nominations were announced on “CBS This Morning” Wednesday, and Mrs. Obama is nominated for best-spoken word album for the audio version of her memoir “Becoming.”

Fellow nominees in the category include members of the Beastie Boys and actor-director John Waters.

“Becoming” is on track to be the best-selling memoir ever. According to Bertelsmann SE, the German conglomerate that has a controlling stake in publisher Penguin Random House, the book surpassed 10 million copies sold in March.

“I’m not aware, in my personal experience with Penguin Random House, that we ever sold 10 million units of a memoir,” chief executive Markus Dohle told The Wall Street Journal at the time.

The memoir follows her journey from her childhood on the South Side of Chicago to life after the White House.

She also criticizes President Trump in the book, saying she could “never forgive” him for the birther conspiracy claims against her husband, and for putting her family’s safety at risk.

Aside from becoming a hugely successful author, she and her husband, former President Barack Obama, have also become producers. The first of their many projects produced for Netflix premiered in August — a documentary called “American Factory.”

The power couple’s Higher Ground Productions is set to release a whole slate of content on the streaming service.

There is no request before Senate for Magu’s confirmation ― Lawan

How we had our daughters through IVF, Michelle Obama reveals