by Tribune Online
in Health
Reading Time: 4 mins read
A A 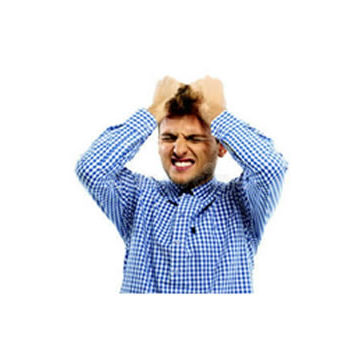 A mental disorder or illness is a disease that causes mild to severe disturbances in thought and/or behaviour, resulting in an inability to cope with life’s ordinary demands and routines.

Most people consider mental disorders as something that brings nothing but shame. Although it does, having any of the disorders classified as mental illness is not the end of life as this diseases can be either cure or managed.

However, of the more than 200 mental disorders discovered so far, there are some we are not really familiar with or as never heard of as the case may be.

Cotard’s delusion (sometimes called ‘Walking Corpse Syndrome’) is a relatively rare condition that was first described by Dr Jules Cotard in 1882. Cotard’s syndrome comprises any one of a series of delusions that range from a belief that one has lost organs, blood, or body parts to insisting that one has lost one’s soul or is dead.

Dr Cotard described it as “The Delirium of Negation” and sufferers typically deny the existence of a body part, a portion of their body or their own existence entirely.

1 out of 4 Nigerians may develop mental illness ― Adebowale

This is a rare mental illness that causes the person to think they are dead, figuratively or literally.

Borderline personality disorder typically starts in young people or adults. People who suffer from BPD have trouble regulating their thoughts and emotions and can become impulsive and reckless. They can also experience unstable intense relationships and a distorted self-image.

This disorder affects children. They will go up to and talk to, strangers, but they don’t see the potential danger.

The child’s pattern of behaviour includes what is seen as culturally inappropriate and overly familiar behaviour that is either verbal or physical with complete strangers.

The behaviour breaks out of the normal constraints of ordinary social customs and boundaries of the culture. These children show the willingness to venture away into unfamiliar settings without checking back on the primary caregiver and can even go off with a stranger with minimal or no hesitation.

People with OCD obsess over thoughts, urges, or images. The things they can’t let go of cause anxiety and their compulsions are an attempt to reduce this anxiety. Cleaning is one obsession most commonly known as simply organising things. People with OCD understand their obsessions don’t make sense but they feel they can’t control them.

Someone with a dependent personality disorder can be “clingy,” which is brought on by fear. They are unable to or have difficulty making everyday decisions unless they are reassured and given advice.

This is also known as clinical or unipolar depression. A person with depression experiences extreme low moods and feelings of hopelessness. It can also be linked to other illness and disorders such as anxiety, bipolar disorder, and insomnia.

ALSO READ: Can mental illness be treated in hospital?

This is one type of anxiety disorder where the person has an irrational fear of being in social situations. They can become self-conscious and fearful of being watched, judged, or criticised.

It is classed, as are all eating disorders, as an addiction-type illness, but in many ways, it resembles delusional psychosis. Anorexic individuals often see themselves as overweight, regardless of their true physical states. This false belief is used to justify extreme abstinence from food until serious health complications force treatment.

1 out of 4 Nigerians may develop mental illness ― Adebowale