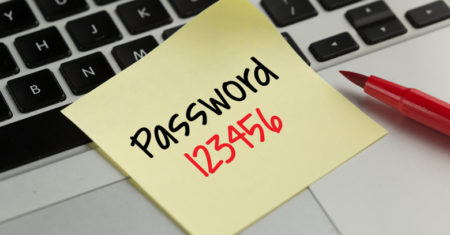 THERE are so many shopping sites and apps. We want so many things. We only have so much time and patience. But it’s so hard keeping up with password management.

So surveys regularly show that password habits can be dire. Just look at the most common passwords of 2016 and you’ll see that “123456” still reigns. Though “123456789” isn’t too far behind, technology website Cnet, said.

What, though, might be people’s worst password habits? A new survey by tech consultancy EPC Group offers a little window.

More than 37 percent of the 600 people surveyed last month admitted that they change their password only when a site tells them to.

Eleven percent of those polled said they’ve used the same password (or a variation of it) for at least seven years.

I’m a touch surprised that this number is so low. Perhaps people are beginning to take notice. Perhaps news of hacks and cyber attacks are getting some to pay attention.

Still, wandering through the data in this survey, I can’t help marvelling at humanity.

Let’s hear it, though, for 22 percent of these respondents. They confessed that they use the very same password for every site they log into.

What about the 44 percent who admitted they frequently use the same password?

ALSO READ: The internet and students

Indeed, only a blessed 14 percent confessed that they create a different password for every site.

Technology has invaded our brains and incited us to all sorts of actions that encourage an abdication of thought.

We seek constant rewards and need them to be as instant as possible.

And we hope for the best. Because that strategy generally works for us, right?