Meekness is not weakness – 2 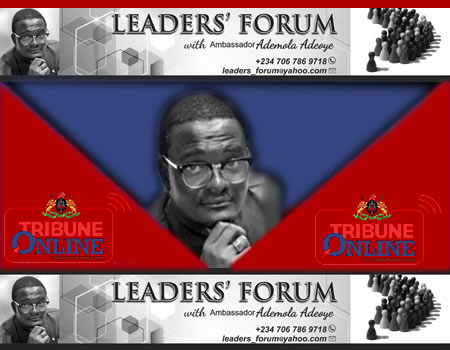 Starting from where I stopped last week, as we express compassion to others—not only with words but also with deeds—we experience great fulfillment. Remember, personal freedom and prosperity dawn in our lives just as predictably as the sun comes up over the eastern horizon every morning at sunrise!

History records many examples of compassionate behavior toward the oppressed and the needy. Here are just a few of these examples. In approximately 1520 B.C., in the Middle East, there lived an extremely wealthy man named Job. Job recorded these thoughts about his deeds of compassion to the poor and needy, before calamity hit his own life: “Because I delivered the poor who cried out—the fatherless and the one who had no helper—the blessing of a perishing man came upon me, and I caused the widow’s heart to sing for joy. My justice was like a robe and a turban. I was eyes to the blind, and I was feet to the lame. I was a father to the poor, and I searched out the case that I did not know.”

Bathsheba, the mother of the great King Solomon, exhorted her son to show compassion to the poor and the needy, as he carried out his duties as king of Israel. She told him to speak up for those who could not speak for themselves and to uphold the rights of all who were destitute. She told him to judge fairly and to defend the rights of the mistreated and abused.

States, LG get 85% of VAT, Nigerians should demand accountability ―…

Orphans and widows are a frequently neglected group of people on whom we are to have compassion. This would include those who come from broken homes and the elderly who live alone. We are to visit the fatherless and the widows, showing compassion toward them by finding ways to help them meet their needs.

We sometimes forget that when people grow older, they have a need for conversation with others, just as we all do. It is, therefore, important that we find time to visit the elderly and look for ways to show compassion toward them. Many of these people have no family. We need to remember to reach out to them during the holidays and other special times of the year. We can probably all find someone who does not have anywhere to go and invite that person to share in our holiday festivities.

When we help others, it is so important to speak to them of our own successes in conquering discouragement and defeat. People need to realize that they can come out of their present difficulties victoriously, just as we have triumphantly come out of our past trials.

King David, Solomon’s father, wrote about his experiences in having compassion on those who were sick: “But as for me, when they were sick, my clothing was sackcloth; I humbled myself with fasting; and my prayer would return to my own heart. I paced about as though he were my friend or brother; I bowed down heavily, as one who mourns for his mother.” Interestingly, David was talking about his enemies. He was saying, “I wasn’t out for revenge against my enemies. I was not hoping they would suffer for their wickedness against me. Instead, when my enemies were sick, I dealt with the situation as if I were the one going through the pain; and I received the compassion I needed, when I showed compassion toward them.”

Many years ago, an ordinary citizen in Baltimore, Maryland was put into the kind of desperate situation that immediately exposes a man’s true character. Here is his story: “Donald Hughes was a thirty-year-old labor crew leader with Baltimore’s parks and recreation department. He was the tenth child born into a lower-class family of 11 brothers and sisters. Though he had excelled as a football wide receiver in high school and had been offered several full-ride football scholarships at prestigious universities, he chose, instead, to stay home and pursue a career with the city’s park department.

“I have made my decision,” he had told his mother one afternoon. “I want to financially help the family. It is the right thing to do.” “Well, son,” his mother had replied, “it’s your decision. And somehow I believe your football years were not a waste. You never know when those skills will come in handy.”

One hot summer day, as Donald was doing maintenance work, he heard a commotion across the street. People were pointing to a small eighteen-month-old toddler perched on the fourth-floor window ledge of an apartment complex. There was nothing between the baby and the pavement below—at any moment he could fall to a certain death.

Donald began to quickly move forward the apartment building, knowing that his timing must be perfect. Just then, the toddler lost his balance and toppled over the edge of the window, falling toward the concrete below. Keeping his eyes on the child, Donald ran hard and fast, timing himself so that he would arrive just under the baby. He stretched out his arm, imagining that he was making a touch-down catch for the biggest game of his life. As he reached out a bit further and caught the child in his arms, the force of the weight caused him to momentarily lose his balance—but just inches before the baby hit the pavement, Donald swept him tightly into his arms.

Compassion is a rare find on this earth. We may find individuals who will periodically show sympathy toward the needy. Others might crusade for all kinds of humanitarian causes. However, there are very few people of true compassion. Periodically, we find that we are the ones who benefit the most from our compassionate acts toward others. If you allow compassion to flow through you, you will discover more compassion within you. Many people have found that their own lives immensely prospered as a result of the flow of deep compassion through their lives into the lives of others. They have discovered that character is the recipient of compassion’s reward. Till I come your way again next Monday, see you where great leaders are found!

The inside out revolution

Suddenly is a myth in leadership

Speaking against evil is not an act of disobedience

Current truths redefining who a true leader is