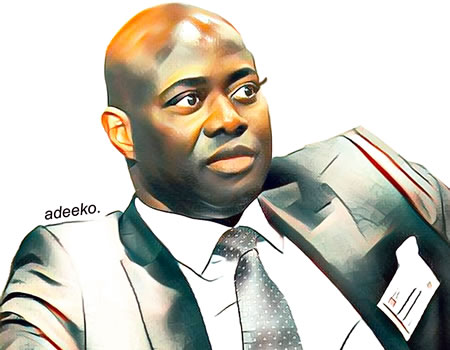 On Wednesday, January 20, 2021, Governor Seyi Makinde of Oyo State addressed residents of the state in a state-wide broadcast.

The broadcast was principally aimed at dousing the rising tension among farmers and herders in parts of Oke-Ogun and Ibarapa axes of the state, as well as clear some fabricated half-truths and misconceptions. Here are some quick takeaways from the broadcast:

The governor was emphatic that his administration will not condone a state of insecurity under any guise. A government that has the expansion of the economy as one of its key pillars will not toy with security of lives and property. Money, we all know, is a coward. It immediately takes flight from locations where chaos and commotion reign.

Governor Makinde acknowledged the rising tension between farmers and herders of the Hausa/Fulani stock around Ibarapa and Oke-Ogun but insisted that the enemies of state are neither the herders nor the farmers, but criminal elements including hoodlums, cultists, armed robbers, kidnappers and bandits.

Such characters, he said, must be clearly identified, away from the law-abiding citizens and residents who ply their trades within the ambits of the law. He is invariably telling everyone that the fight against criminality is no respecter of tribes or ethnic configuration.

The Constitution of the Federal Republic of Nigeria, 1999 (as amended) guarantees that every law-abiding Nigerian is free to live in any community of his choice in line with Section 41 (1) of that Constitution. Oyo State government under Engineer Seyi Makinde will remain opposed to illegal movements of some individuals who are going around chasing people from their homes and farms.

The national security question is always an issue in political reporting and in the case of the state broadcast by Makinde, the subject would sprint to the surface. The governor decried a practice where a section of the media will yield itself to propagate half-truths and outright fabrications on the state of security in the state and declared that the media should not allow itself to be used to stoke ethnic tensions, disharmony and invariably engender insecurity in the state.

For Governor Makinde, a staunch believer in the Yoruba cause and an unrepentant advocate of restructuring as espoused by the pan-Yoruba socio-political group, Afenifere, lines must be drawn between advancing the Yoruba cause and causing needless ethnic tension. For this reason, the governor made it abundantly clear that the Yoruba cause cannot be furthered by unauthorised persons, who go about threatening the peace of either farmers or law-abiding herders in their localities.

The larger Nigerian society has come to know the Yoruba as accommodating and urbane. A situation where some unappointed megaphones would take it upon themselves to fight ethnic causes with wrong doses would not yield desired fruits. As the governor puts it, the Yoruba cause cannot be furthered through brigandage and hatred for other tribes.

As much as it is true that there is a growing tension between farmers and herders and a widening of the trust gap between our people in Oke-Ogun and some people of northern origin, the governor made it clear that the government in place in Oyo State will not sit back and watch anyone threaten law-abiding residents of the state or make them feel unsafe. He also affirmed that his administration will not condone the distribution of hate-spewing flyers and issuance of ultimatums to certain ethnic groups, actions which have no basis in the statute books.

Governor Seyi Makinde, having sworn to uphold the Constitution of the Federal Republic of Nigeria 1999 (as amended), promised to defend and protect the rights of every law-abiding citizen of Nigeria as guaranteed by the 1999 Constitution.

Again, he warned  any individual or groups who may be planning to take any action that would lead to the forcible removal of anyone from any part of Oyo State to desist from such illegal action as the government was ready to bring the full weight of the law to bare on any person or group who fails to abide by lawful directives as issued by the authorities.

He also directed all Chairpersons of  Local Governments and Local Council Development Areas to work with the traditional rulers and security officers in their domain to ensure peace is maintained in all parts of the state, while traditional rulers must  equally not be seen as being part of any plan to disrupt the peaceful coexistence of residents of Oyo State.

The governor further declared his readiness to take appropriate action against anyone who attempts to constitute a threat to the peace of the state, adding that the government will also take all necessary steps to protect the good people of the state from harassment, thuggery and banditry, while keeping the situation under control.

To emphasise the old maxim, united we stand, divided we fall, the governor admonished residents of Oyo State to come together and put the interests of the state first as, according to him, the common enemy is not the law-abiding citizens of Nigeria of whichever stock who are peacefully going about their trades.

Collectively, residents of the state must fish out the criminals from their comfort zones and hand them over the constitutionally empowered officials who are saddled with the responsibility of arresting and prosecuting such criminals, the governor had said. And this will not spare any tribe.

To individuals with plain minds, the actions taken by the governor so far in handling a situation that could have degenerated into chaos are straightforward: identify the real enemies of the state; go after them in a legitimate way, using the legitimate channels and authorities empowered by the laws of the land and in everything; and stay within the purview of the 1999 Constitution. While some have been reading all sorts of meanings to the broadcast, one thing remains clear to Governor Makinde, riding Oyo State of kidnappers and bandits is non-negotiable but that cannot and must not be done by demonising any ethnic group or evicting people who are law-abiding just because they happen to come from the same area as some unscrupulous elements caught in nefarious acts.