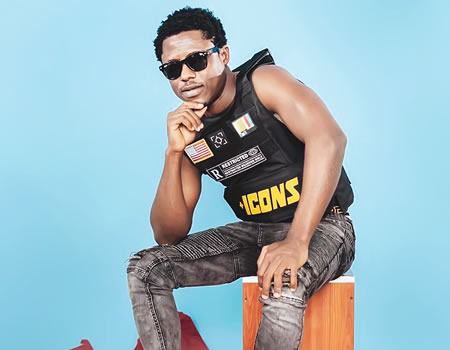 For fast-rising Ghanaian vocalist, Luminary DMR, taking over the African music scene has always been his aim. From the moment he stepped into the industry, those who have had an encounter with the budding artiste would attest to his musical prowess.

In the coming days, the singer would be dropping his much-anticipated single,’Agyeiwaa’, which he said would mark his big come back into the industry having taken a break to complete his tertiary education.

According to Luminary DMR, the song is a sensational Afro beat record mixed with Ghanaian highlife rythms and laced with Nigerian slangs. He said the song would take over the music industry as fans and music lovers across the African continent and beyond would commend him for taking his time to serve them something special.

Speaking further, the independent music artiste who was born Joseph Luminary Adzrago hinted that music has always been his main stay but had to go back to school to fulfil his long time dream of being a graduate, adding that now that he is back to what he loves doing best, his music would take over.

As the industry awaits the new single, which would now be released under his new management, DMR Records based in Lagos, Nigeria, Luminary DMR said he was optimistic about the dimension his music career would take after dropping the song, adding that “This is a new chapter in my life and career and I am not taking this for granted. ‘Agyeiwaa’ will show the world that I am here to stay for good,” he said.

‘The Delivery Boy’ to represent Nigeria at Carthage Film Festival

‘Lebanese are the ones benefitting from border closure’