Let’s test our strength on the field —Akingboye 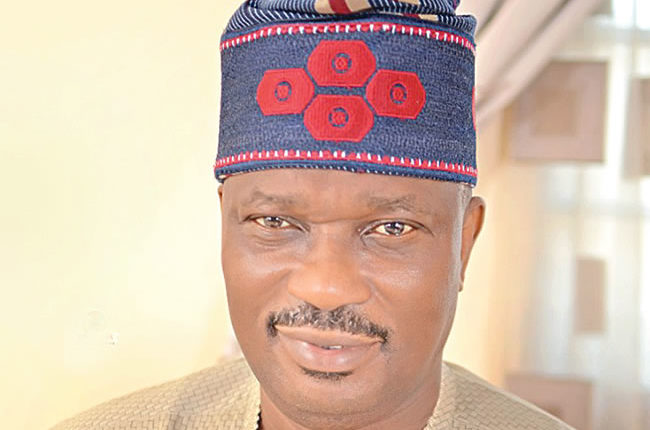 Chief Benson Bamidele Akingboye, a contestant for the Peoples Democratic Party (PDP) ticket for the October governorship election in Ondo State, in this interview by SUNDAY ADEPOJU, speaks on revenue generation, zoning policy, consensus option, among other issues. Excerpts:

YOU are contesting at a period when the economy is shrinking. Are you not afraid of the apparent overwhelming task ahead if elected governor?

I’m not at scared at all. I am not afraid because I love challenges. That is why I have consistently said that we need someone that can think out of the box at this trying moments in the history of the land. The price of crude oil in the international market has tumbled. Therefore, a governor that cannot think clearly to see what to do in order to boost the internally generate revenue of his state is bound to be in a quagmire perpetually. I am propelled by my vision and mission statement already captured in my template designed to buoy the economy of the state, and herald a new dawn. Ideas rule the world and it is the catalyst for success being recorded by genuine investors in business in the real sector of the economy. I live and do a lot of business transactions in Lagos every day. Dealers in that state sell N300 million worth of timber in form of planks. Do you see any timber plantation or forest in Lagos? No. so, why can’t we have the finished products in Ondo State and only market them in Lagos? So, we have to use what we have to get what we need. Malaysians make more than $17 billion now every year from the export of palm oil all over the world. Sadly in Ondo State, we are not doing anything tangible that can bring about value addition to the sector towards achieving a similar feat. The rubber industry; cocoa production, cassava cultivation and other arable crops are all begging for attention. We have no excuse to say Ondo State does not have the capacity to generate more than enough Internally Generated Revenue (IGR) to sustain it. We need a governor with business acumen, background and pedigree to harness all these resources. He must be san individual that can think outside the box; a governor that is creative and transparent. Right now, I do not think that as an oil-producing state we are not getting what we deserve because the largest bitumen deposit has not been tapped. Besides, the state is facing serious ecological issues with getting the necessary attention from the Federal Government.

What do you hope to do differently if elected governor?

Ondo is still not where my state should be. It should be a business-oriented state; investors’ destination, the commercial hub of the country and the most viable among the 36 states. We are fully endowed with mineral resources, human capital and capacity, as well as experienced and brilliant people. All we need to do is to tap into them for the overall benefit of the citizens. I will be pragmatic, focused and forward-looking in my policies and programmes. For example, the Olokola project has been there for long. I remember a meeting I had with some Britons, who said they were ready to inject about $18 billion in Nigeria. We must revisit it; it is a game changer. Ondo remains the only place in Africa even in the entire universe, with a virgin 1.47km shoreline. What that means is that nobody has ever touched it. I have travelled all over the world for holidays and I know what people make from such shoreline. I will declare an emergency in that sector and bring the best hands and stakeholders; the best town planners to design the 1.47km shoreline to a paradise. I am aware that many investors with deep pockets are willing to come to incest in the state. But they are only waiting for a conducive environment where their money and other forms of investment are not imperiled. Many multi-billionaires, within and outside Nigeria, will bring their businesses to Ondo State once I become governor because of my international business connections, coupled with my cordial relationship and partnership with them in business and commerce. I have been to the Philippines. About 20 to 30 million people travel to that country monthly, just to see and feel the beautiful and serene terrain of the islands. We can replicate the trend in Igbokoda, Igbo-nla and Aiyetoro. These places are beauty to behold.  We have natural lakes and islands. We need to open up the tourism/hospitaly sector for the whole world to enjoy. It is when they fully developed that the whole world will come to Ilaje and Ese Odo to savour the richness of our culture, tradition and conviviality. The other thing I will do is in the area of bitumen. The state has eight blocks from the bitumen deposit that is in my backyard and I wonder why this has not be developed. We have more than enough resources to do it. I am already discussing with genuine investors that are interested in developing the sector. I can tell you as the chairman of a maritime company, I have signed a pact with a company in China to develop this but I have told them to hold on because it will cost about $15 billon and I cannot stake that kind of money without being in charge of the state. If we develop it in the southern district, the revenue from it will surpass the current huge revenue Lagos State generates.

How do you see your chances in the midst of a seeming crowd of contenders for the ticket?

I began this journey started 17 years ago and it was not by accident. I have friends across board and I have been working very hard and conscientiously as a young man. I have clear-cut idea about my mission, vision and the fundamental needs and aspirations of the majority of the people of Ondo State. I have paid and am still paying my dues as an entrepreneur and politician with a human face. This is my time, the appointed time by God. I am 100 per cent sure that I will get it. Our people are among the most conscious and sophisticated when it comes to politics. They are wise and know what they deserve as opposed to the difficulties they have been made to pass through over the years, despite the enormous opportunities God has given Ondo State.  Let me state here that I am the first person among the lots to write a letter to my party that I want to run as its candidate and after I have taken my prayers from the state executives and they allowed me to hit the ground running. The truth is that I have passion for this state and for my people. My people cannot be living in abject poverty when we are sitting on wealth. This is the richest state in Africa. I am urging them to vote for an entrepreneur as the governor of this state and they will be happy to know that it is true that business is government and government is business. It is not about speaking English or collecting free money from Abuja. We need to think out of the box and make our money and boost the Internally Generated Revenue (IGR.) of our state. My word shall be my bond.

Why it is difficult to get justice for rape victims (II)