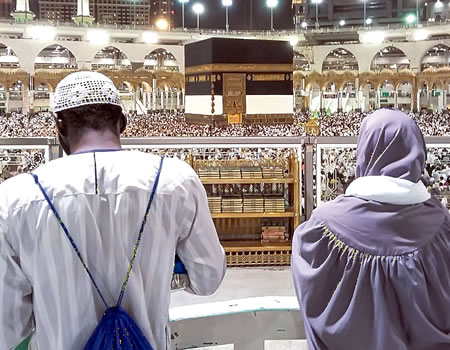 Nigerians and other nationalities planning to go to Saudi Arabia for the 2020 hajj may have had their hope dashed as the Kingdom of Saudi Arabia on Monday said only persons already living in the country would participate in the pilgrimage.

Saudi Arabia has announced it will hold a “very limited” Hajj this year due to the coronavirus pandemic, with people already living in the kingdom allowed to take part in the pilgrimage that begins in late July.

“It was decided to hold the pilgrimage this year with very limited numbers … with different nationalities in the kingdom,” the official Saudi Press Agency said on Monday, citing the Hajj ministry.

The decision comes in light of the increase in COVID-19 cases around the world, the lack of a vaccine and difficulty maintaining a safe physical distance among large numbers of pilgrims coming from overseas, the statement said.

More than two million people perform the annual pilgrimage in the holy city of Mecca every year, including many travelling from abroad.