RMRDC and the kilishi breakthrough 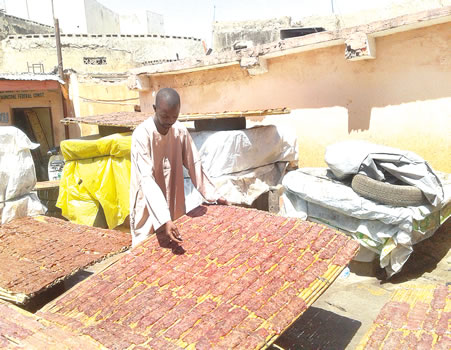 PROFESSOR Hussain Ibrahim, the Director General of the Raw Material Research and Development Council (RMRDC), caused more than a stir recently when he appeared before the Senate Committee on Science and Technology. Asked to elaborate on the core achievements of the council, he told the committee that the council’s production of a machine to produce the special roast meat delicacy called kilishi in large quantities was its major breakthrough. His response, quite understandably, drew some guffaws from members of the committee. For a 33-year-old research council, a kilishi machine wasn’t exactly what the Senate committee expected as a landmark achievement. If the Senate committee was disappointed, so were many Nigerians. However, the Director General was obviously proud of the council’s accomplishment despite its lack of a laboratory.

To be sure, the limitations of the council only mirror the Nigerian experience. The council’s mandate includes research into and development of raw materials very much like what is being done in Silicon Valley and Stanford university, but it has been apparently hampered in its duties. Without doubt, the council is operating very much like similar Nigerian institutions that serve merely as points of salary payments for underemployed citizens. Such institutions have lofty goals and objectives but are handicapped by finance, infrastructure, equipment, and of course a political leadership bereft of vision and mission.

Nevertheless, the council still has modest achievements in its areas of endeavour. It has developed a number of raw materials, only that these items are not yet being produced in commercial quantities. As Professor Ibrahim observed, “We have developed two varieties of sorghum. We collaborated with agricultural research institutes and pharmaceutical industries because we produce ethanol from it and that is the basic raw material for the production of sanitizers. Also from sorghum, we developed other products like glucose syrup, livestock feeds, materials for breweries, and starch.”

Elsewhere, such institutions lead their respective societies in products development based on research. But in Nigeria, socioeconomic realities foreclose such a feat. For instance, the national shortage in power generation is certainly a disincentive to research, production and industrialisation. It may indeed be easy and convenient to despise  and criticise the RMRDC for its inability to live up to its statutory mandate, but that can only amount to turning  a blind eye to the normative patterns of the Nigerian society.

Virtually all of the country’s institutions are hobbled by similar constraints and that is why nothing really works in the country. The Senate and its sundry committees sitting in judgment over others cannot realistically claim to have done better, and neither can the presidency or the judicial arm of government. Perhaps if the Senate Committee on Science and Technology had done its job in overseeing the RMRDC, it wouldn’t have been so surprised or shocked by the revelation made by its Director-General.

Indeed, which of Nigeria’s institutions is living up to its statutory mandate? That is the key question. There is a desperate need to get back to the drawing board and plan how the country as a whole can benefit from its numerous political, social and academic institutions in terms of service delivery. Certainly, without a laboratory and constant source of electricity, there isn’t much that can be realistically expected from any research and development agency.