LAUTECH: We remain on strike —ASUU 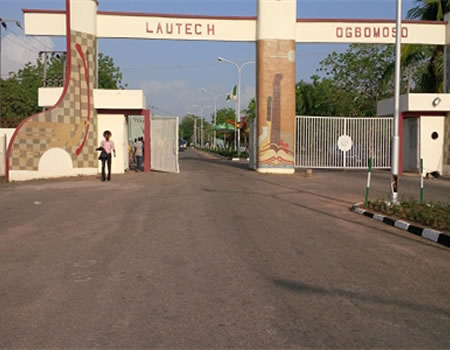 The crisis rocking the Ladoke Akintola University of Technology (LAUTECH) Ogbomoso, may not be over as academic staff of the institution on the auspices of Academic Staff Union of University (ASUU) have resolved to continue its strike until the Oyo and Osun State governments provided an agreeable plan on defraying the indebtedness of N7.1billion to the university.

Coming on the heels of last Friday’s reopening of the school after about eight months strike, Chairman, ASUU, Dr Biodun Olaniran, speaking with journalists on Monday, noted that the staff craved for a sustainable and proper funding pattern of the institution above the recent release of a combined sum of N500 million by the two governments to offset salaries.

Furthermore, Olaniran said the ongoing crisis would abate if the owners of the institution showed clear commitment to settlement of arrears of sundry allowances, adding that Internally Generated Revenue could e a substitute for proper funding of the institution.

Also, Zonal Coordinator, ASUU, Ibadan zone, Dr Ade Adejumo said the union would not back down until its demands were met.

Nigerian Tribune, on Monday, observed students of the institution moving around campus, with many appealing to the ASUU, owner governments and management to resolve their differences for academic activities to resume after the 8 months strike.

A student, Yaya Samuel, said, “We are told that they are meeting and the outcome of their meeting will determine whether we are fully back or not. There is nothing for now.”

A 500level student of Agricultural Science, Aremu Rukayat, said, “There is nothing specifically. The classes are scanty; there is no lecturer coming around. We hear that they are meeting tomorrow and we hope for a better outcome. We urge our lecturers to consider us, the students.”

Another student, Ajadi Samuel, said, “We were asked to resume last Friday and I expected to see students attend lectures but there has been nothing. Probably, this is due to the crisis between ASUU and the school management but we beg them to think about our future. We were told to come back to prepare for our exams, after eight months strike, but seeing no sign of academic activities is devastating. We urge them to come to a resolution as soon as possible.”

Meanwhile, Vice Chancellor of LAUTECH, Professor Adeniyi Gbadegesin has expressed optimism that the ASUU was convincing its members to call off their strike for the institution to make up for lost time.

While noting the recent payment of June and July 2016 salaries from the N500million released by the two owner governments, he said LAUTECH required regular subvention to offset its average monthly wage bill of N360 million and could not be self-sustaining

Gbadegesin noted that the management got to a breaking point before the strike after paying salaries from IGR for 18months.

He said that the Osun state government owed N5.327 billion while Oyo government was indebted to the tune of N1.833 billion.

“It is difficult for salary earners to be without pay for so long hence the strike.”

“One and a half weeks ago, the two state governments dropped N250 million each into our account and the management paid June salary in full and net July salary less deduction. I believe this is a starter and encouraging but that is not where we are going. As management we will be happy if we can settle all the salaries owed.”

“Our monthly wage bill is N360 million, on the average. In other words, we also augmented what the two state governments gave us from what we had in our account.”

“The management has been thinking outside the box and has been able to maintain the continuity in the academic calendar until we reached a breaking point. It may interest you that since 2014, for 18 months, management has been paying salaries, that is N360 million, from IGR. One of the state governments stopped paying us in 2014. The IGR is meant for overhead cost and to pay some agreed allowances.”

“The staff unions are making progress in convincing their members. I’m sure that by the end of the week, most of them must have returned to work. I know that they have to call a congress.”

Kwara to implement ‘no certificate, no promotion’ rule

Polytechnic lecturers to FG: You can’t apply ‘no work, no pay’ policy to…