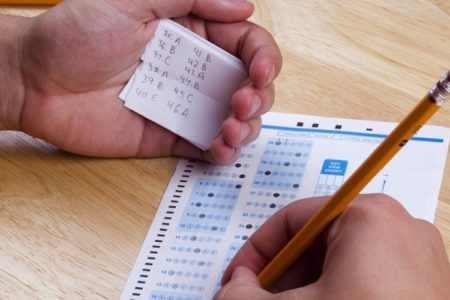 THE management of Lagos State University (LASU) at the weekend said it had suspended 25 students who failed to appear before a panel set up to investigate allegations of examination malpractice levelled against them during the 2015/16 academic session.

According to a statement issued by the university, the decision was made by the University Senate “on the recommendation of the Committee of Provost, Deans and Directors on Examination Misconduct.”

The statement further said that the affected students would be expelled if they failed to honour the panel’s next invitation.

It said: “The students remain suspended pending their appearance(s) before the Panel within a period of one month from the receipt of their letters;

“Failure to appear before the Panel of investigation on the next invitation will lead to expulsion in accordance with existing regulations of the University;

“By the suspension, the concerned students are not to participate in any activity: academic or otherwise of the University until the suspensions are lifted.”