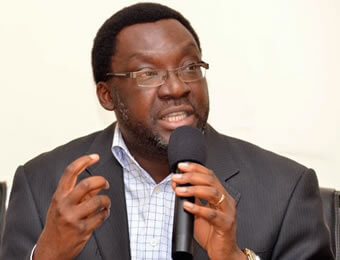 Lagos State government on Tuesday hinted that it has concluded plans to review the existing Newspaper Law in the state to effectively regulate their activities.

The State’s Commissioner for Information and Strategy, Mr Steve Ayorinde, gave the hint, while addressing a press conference on the activities of his ministry in the past one year, saying the existing Newspaper Law in the state had become obsolete.

Ayorinde said the review was necessitated by the need to make the existing law more effective and in tune with modern day reality.

“In views of the realisation that the State Newspaper Cap Law is obsolete, the state government has commenced the process of reviewing existing Newspaper Law Cap No2 of 2003 with a view to making it more effective and in tune with modern reality.

“The review attempt is not to stifle the media. The idea is to move with the trends and development of the time. It is for the good of the journalism profession,” the commissioner said.

He assured that once the review was completed, media stakeholders would be invited to a meeting in order to intimate them with the provisions of the law and their obligations before enactment.

“You can’t operate as a print and not be registered with the ministry. The media space has been going through transformation and the review is in line with the changes in the media space,” Ayorinde said.

According to him, the unavailability of the true figure of the publishing media houses that operate in the state is a great challenge in term of documentation and billings, saying that the “review is about how the ministry can be empowered to register online media, tract who is who and from where they are operating.”

While claiming that 90 per cent of the online media are based in Lagos, Ayorinde enjoined online media publishers to come forward to identify themselves with a location, saying the review was being looked at from the point of the media and the law.

In order to sustain the current tempo of development in the Lagos Television station, Ayorinde said plans were afoot in the coming year to purchase new transmitter as a stop gap measure for the station before the completion of Digital Transmission switchover.