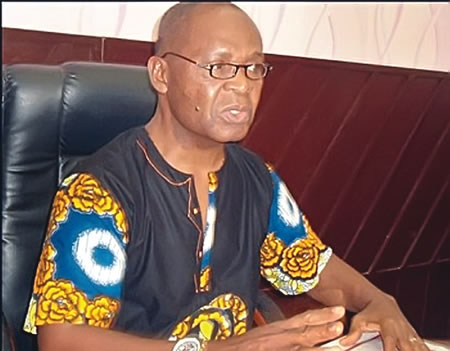 Chieftain of the All Progressives Congress (APC), Mr. Joe Igbokwe, has said that the party will win the Lagos East Senatorial and Kosofe State Constituency 2 bye elections scheduled to hold on October 3, 2020.

Igbokwe, who is Special Adviser to Governor Babajide Sanwoolu on Drainage Services, made this declaration while speaking with newsmen after being conferred the  “Excellence in Leadership Award” by Ndigbo in Lagos APC, a group of which he is the apex leader.

Speaking at the event which took place at Ikeja, Igbokwe, who is former spokesperson of the party in the state, said he did not see any competition from any political party in the election.

He said the victory would be made possible because APC was the only party trusted by Lagosians, declaring that the main opposition Peoples Democratic Party (PDP) was no longer existing.

This was just as he said that APC would treat the elections with all seriousness to make the victory overwhelming.

“APC will win the two bye- elections. The party will emerge victorious. I don’t see any competition from any party.

“As far as I am concerned, PDP is dead. Are they still existing? I don’t think so. Whoever emerges as our candidates will win. APC is the party for Lagosians,” he said.

On zoning for the 2023 presidency, Igbokwe said it was imperative to rotate the topmost seat between the North and South to strengthen the fabric of unity in the country.

Igbokwe argued that those saying that zoning could be jettisoned because it was not provided for in the constitution should understand the peculiarity of the country’s democratic experience.

According to him, a country with diverse ethnic groups and interests could not afford not zone the presidency, declaring that there was an understanding in the country that power should rotate between the North and the South to further strengthen the unity and build the nation.

“There is an understanding in Nigeria that power should rotate between North and the South. That is the normal to further strengthen unity and build the nation. It is in the unwritten constitution; it is the way to go,”he said.

Speaking further, the APC chieftain said the argument to put merit ahead of zoning in determining the country’s president does not hold water, pointing out that “there are champions in all regions.”

Igbokwe expressed his appreciation to Ndigbo in Lagos APC for the award bestowed on him as their leader, saying it reflected the confidence reposed in him as apex leader of the group.

He assured that he would continue to work assiduously to make the group a formidable force in Lagos APC, even as

called for unity in Ndigbo in Lagos APC, saying that was the only way to achieve the group’s objectives.