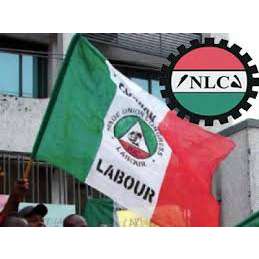 Joint Labour Congress in Kwara state has said that workers in both state public service and local government areas of the state will commence an indefinite strike action over non-payment of N30,000 minimum wage on Tuesday.

In a statement issued on Monday and signed by the chairmen of the NLC, Aliyyu Issa Ore, Ezekiel Adegoke of the TUC and Saliu Suleiman of the Joint Negotiating Council (JNC-TUS), said that the workers should proceed on the industrial action if the state government failed to sign and implement the N30,000 minimum wage by close of work on Monday.

The statement, which said that every worker should remain at home, added that any worker found in any ministry or office would be seriously dealt with.

“No worker should come to work until they were directed by the leadership of the labour movement.

“We will make sure that nobody is victimized or harassed by the government in this respect.

“Consequently, the state councils of the Nigeria Labour Congress (NLC), the Trade Union Congress (TUC) and the Joint Negotiating Council hereby call on workers to please cooperate and actively participate in this struggle in order to achieve the desired success”, the statement said.