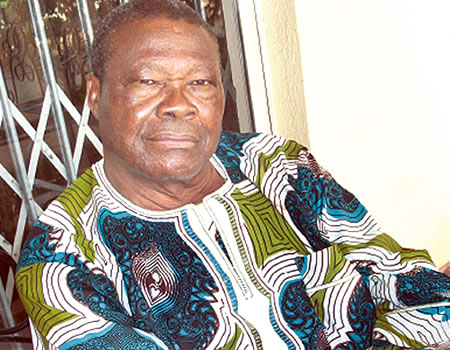 He said leaders of Kogi West Elders Forum (KWEF) were only invited to a meeting with Bello on how to move the state forward.

He said the “endorsement of the governor” was not part of the talks with KWEF leaders.

He said the session was devoted to the good of Kogi West and the state in general including security, payment of salaries and political appointments

Jemibewon, who spoke with our correspondent on the phone, said it was unfortunate that the communiqué of the meeting was “formulated” to include endorsement.

He said he remains committed to his party, the Peoples Democratic Party(PDP).

“I went to the meeting for the good of my community(Kogi West). I went for the discussion on invitation and we did not talk of endorsement at the meeting. I could not have endorsed Governor Yahaya Bello of APC for second term.

“At my age, I am not looking for any favour . I am a member of the Peoples Democratic Party(PDP), even though it is not terribly serious, and to come out to say I adopt anybody is a kind of anti-party activity.

“At this stage of my life, I do not want to be accused of anti-party activities. As a member of the Peoples Democratic Party, I did not endorse Governor Bello.”

Jemibewon faulted the communique issued at the end of the meeting.

He added: “The way the communiqué was formulated was embarrassing, it was not circulated at the meeting. I did suggest they should send the communiqué to a former Attorney-General of the Federation, Chief Bayo Ojo for vetting. The word endorsement, I cannot remember hearing it from anybody at the meeting.

Asked of what transpired between leaders of Kogi Elders Forum (KWEF) and the governor, Jemibewon said: “We were invited to meet with the governor and as a leader, I won’t say I don’t want to see him.

“We thought we were non-partisan. We talked about security, payment of salaries and political appointments. Not a single word was used to indicate endorsement and I did not endorse Bello.

“I am still in PDP, I remain committed to the party.”