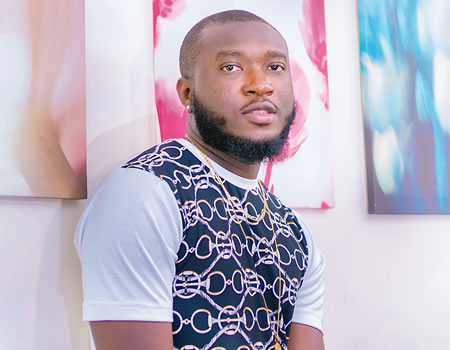 THE year seems to be ending on a big note for Bugatti Music act and sognwriter, Promise Ilebor, otherwise known as KingP as ge drops his new single and video, Omalicha featuring music producer and singer, Smoothkiss.

While fans have been thrilled to a number of hit songs from the singer since the begining of the year, KingP believes the year would not have been best capped without a new tune from him and his team hence the result of Omalicha.

With the rise of his fan base both in Nigeria and America where he’s based, KingP teamed up with Smoothkiss to deliver yet another dancing tune to make the year a big one for him.

Speaking on his wave making songs, KingP, in an interaction with R said the journey has been beautiful because his fans stood by him, adding that “We have had hits back to back this year, despite the pandemic. So, this new tune that featured Smoothkiss is a way of appreciating the fans”, he said.

With a new music and video, KingP said his fans would enjoy the end of the year in a special way.