Interview
By EBENEZER ADUROKIYA On Sep 26, 2020 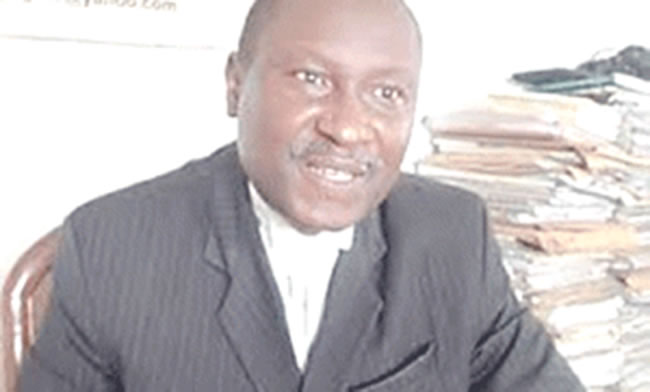 Oghenejabor Ikimi is a Delta-based rights activist and Executive Director of the Centre for the Vulnerable and the Underprivileged (CENTREP). He bares his mind to EBENEZER ADUROKIYA on the controversial National Water Resources Bill 2020.

The Federal Government is insisting on pushing the controversial National Water Resources Bill 2020 to its passage amid growing dissenting voices against. As a lawyer and human rights one for that matter, what’s your take?

There is no going back as far as they are concerned, but the business of the legislature is different from that of the presidency, so if the people said they do not want it, then their representatives should vote against it. But you know the strength of the National Assembly, votes from the north are more than votes from the south and that’s the problem because many of the oppositions are from the south.

Does that mean the Bill can scale through given this scenario you’ve painted?

The bill can scale through because the presidency (APC) is in the majority at the National Assembly so what they need to do is to ensure that the opposers should reach out to the legislators who are APC’s because it’s an APC policy. They should reach out to them and begin to convince them to vote against the Bill. They should not just sit back and begin to shout and talk, rather they should ensure they reach out to these people (legislators) and explain to them the dangers of the obnoxious bill because we are talking of one Nigeria and not northern or southern Nigeria. This bill is capable of dividing Nigeria more and more and there is going to be serious unrest.

As a learned person, have you gone through the Bill yourself?

I’ve not gone through the bill. In Nigeria, when you’re passing a bill, the bill is hidden. Bill’s are hardly made public and one will expect that when such things are happening, they should make them open to Nigerians, but the process of law making in Nigeria entails that the public is not aware in most cases and if I, here in Warri begin to apply, from the process of applying, and going to court by the time I finish, all the the Bills would have been passed into law. The bills are not made available but from the little we can glean from the press, that bill should not be passed; it will divide this country the more. As a lawyer, the only avenue that will open to me is to go to the law court after the bill has been passed into law to set aside those offending paragraphs or sections of the law or of the Act.

What other measures do you think the people can take in order to make sure that the bill is not passed?

Remember this bill was introduced in 2018, but it was knocked out. This bill is being resuscitated again and definitely those clamouring for this water bill are from the north and it is for an agenda and that agenda will not develop unity; in fact, it will divide Nigeria the more. The options vary: those who want to protest should do it now; those who want to lobby the legislators, especially those from the North should do so. And this brings us back to the issue of restructuring; if we don’t restructure, this country will collapse one day. This bill is going to divide us and break us as a nation. So, until we restructure this country, one day we will wake up and find out that the country has broken. The only way to unite Nigeria is to dissolve that bill.

Water Resources bill is dead on arrival, will cause anarchy if… —Mulade, Gbaramatu Kingdom chief

Ibadan is an emerging market for most businesses — CEO, BeebaHouseOfStitches

Nothing wrong in Makinde supporting a candidate from Oyo State —Olafeso, ex-zonal…

The earlier we sit down to design the trajectory of development, the better —Hon.…