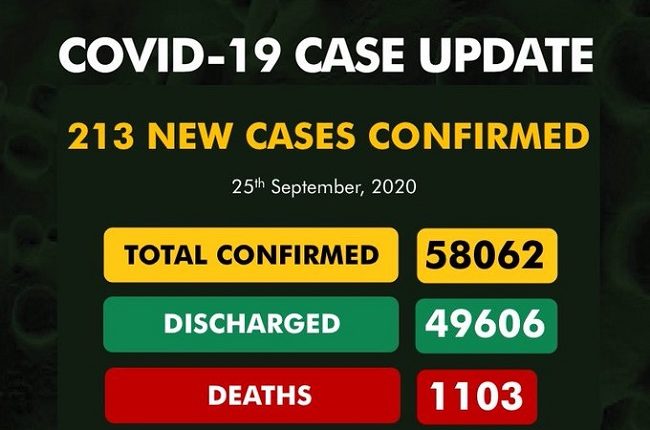 The Nigeria Centre for Disease Control (NCDC) has announced 213 new cases of COVID-19 infections in the country, bringing the total number of confirmed cases to 58,062.

The NCDC made this known on its official twitter handle on Friday.

The Emir of Zazzau, in Kaduna State, Alhaji Shehu Idris has died in his palace at the age of 84. His son, Aminu Shehu Idris, confirmed in an interview with the Tribune Online that his late father who was appointed on 15th February 1975 and spent 45 years in the throne died on Sunday after a protracted illness…

Despite US opposition, Okonjo-Iweala likely to emerge WTO DG