Kellogg to focus on snacks with surprise three-way split 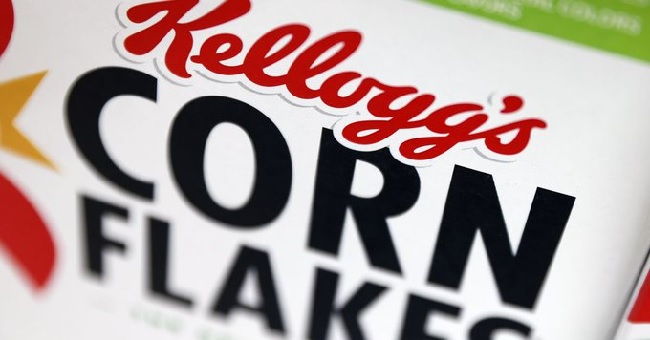 Snack and cereal giant Kellogg said on Tuesday it would split into three independent companies, in the latest US corporate overhaul aimed at simplifying its structure and focusing on expanding its snack business.

Shares of the company, which began life in 1894 when W.K Kellogg created Corn Flakes and became known around the world for its breakfast cereals, jumped 6% in premarket trading.

Three-Way Split
The breakup of the Pringles, Cheez-It and Pop-Tarts makers would result in the creation of a global snacking business that would also house its international cereal and noodles brands and its North America frozen breakfast division.

Its North American cereal unit and plant-based segment, which includes brands such as MorningStar Farms, will be spun off to its shareholders in a tax-free transaction, the Frosted Flakes and Froot Loops cereal maker said.

“These businesses all have significant standalone potential, and an enhanced focus will enable them to better direct their resources toward their distinct strategic priorities,” chief executive officer Steve Cahillane said.

The Battle Creek, Michigan-based company has in recent years focused on its global snacking portfolio, as sales of US cereals have declined with more Americans taking to snacking and relying on fast-food chains for breakfast.

Most packaged-food companies, even those without a huge presence previously in the segment such as Hershey Co and Mondelēz International Inc, are doubling down on the business through billion-dollar acquisitions.

The decision by Kellogg to split follows similar announcements by global conglomerates such as Johnson & Johnson and General Electric Co in the past year and underscores how big companies need to be nimble in their fight for market share.

Companies often split in an attempt to shed a so-called conglomerate discount, where the valuation is lower than the “sum of the parts” if the component businesses are run separately.

Strategic Options
Kellogg expects the spinoffs to be completed by the end of 2023, adding that it was also exploring strategic options for its plant-based business including a possible sale.

The snacks business, which will be the biggest post the split, would be helmed by current top boss Cahillane.

He described his running mate as a grassroots mobiliser, cosmopolitan politician and a loyal party woman, adding that she is expected to bring along with her a wealth of experience, having served Plateau State in various capacities.

Mutfwang appealed to party members across the seventeen local government areas of the state to join hands with the party in the task of winning the 2023 elections to enable the PDP to bring succour to the people of Plateau State.

The PDP candidate added since he won the primary he has been extending his hands of fellowship to other aspirants that contested with him, adding that quite a lot of stakeholders were consulted before arriving at the choice of Piyo was.

In his address, the State Chairman of the PDP, Hon Chris Hassan, said the duo of Muftwang and Piyo was a formidable team set to restore the lost glory of Plateau State under the APC-led administration.

These 7 countries are most likely to experience an earthquake