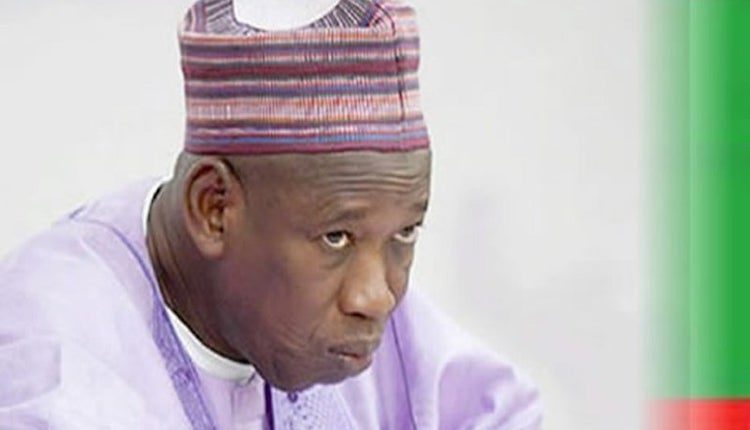 THE governor of Kano, Abdullahi Umar Ganduje, is in the eye of the storm. Reports of purported “mysterious” deaths in Kano have raised eyebrows, given the spread of Covid-19 and casualty figures around the world.

Media coverage of the deaths intensified, as prominent individuals, including the Emir of Rano, academics, politicians, clerics, and parents of top politicians died.

Ganduje did not help his case when reports emerged that he was requesting ₦15 billion to fight the virus. Many Nigerians would have none of that. They had watched Ganduje’s fine performance in a short low-budget movie titled “How to store dollars in your babanriga”. His performance was so epic that he managed to win re-election in 2019. That meant that billions of naira was entrusted to him for another four years.

I have had some interesting conversations about Ganduje. His is a classic case of judging a book (for very valid reasons) by its cover; most people look at him and assume he knows nothing.

I mean no disrespect to state what is on many mind — may God help the people of Kano; Ganduje does not look sufficiently smart to handle COVID-19. He must have been despised, disrespected and under-estimated over the years because of his looks. I wonder what role that has played in his political rise and subsequent brutality and perceived vindictiveness towards opponents.

It may interest the reader to note that Ganduje has a PhD in Public Administration from the University of Ibadan. He is also an alumnus of Ahmadu Bello University and Bayero University, Kano. But why has that not translated into effective governance? What is the use of education when it cannot uplift the people?

Ganduje’s leadership issues remind me of a racist statement by a South African farmer quoted in Lincoln Addison’s book, Chiefs of the Plantation.  States and local governments in Nigeria have often managed to escape criticism despite poor performance since 1999.

Local governments are virtually absent in almost all parts of the country. Many of their excellences have killed local governments. Some that are active merely share federal monetary allocations at the end of each month and the politicians return to the state capital or Abuja to wait for the next largesse.

Routine tasks like garbage collection, drainage services, minor construction projects, maintenance of schools, hospitals, etc. have been abandoned. There are good reasons to focus on the Federal Government but for once state governments are being put to test. There is no hiding anymore. Healthcare is on the concurrent list of the constitution. State governments must prove their mettle.

It seems the Lagos State government is gradually passing its own test. Other state governments must rise to the occasion. To Governor Ganduje: Duty calls. Thou shall not live by dollars alone.

WHO deploys additional personnel to support COVID-19 response in Kano

60 years after, our leaders still steal our meat