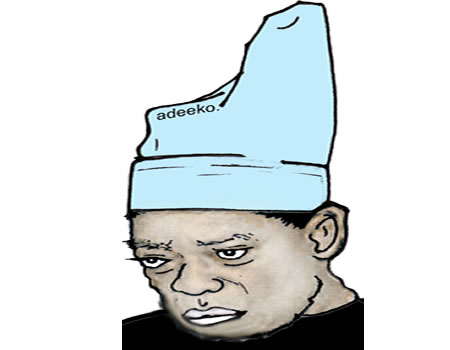 PRESIDENT Muhammadu Buhari recently came out publicly to announce the decision of his government to recognise June 12 as Democracy Day and awarded the principal figure of June 12, Bashorun MKO Abiola, the highest national honour, declaring that the day  would henceforth be remembered and celebrated as Democracy Day. June 12 was indeed gladly celebrated as Democracy Day ,  un­doubt­edly the most sig­nif­i­cant and re­mark­able change  in Nige­ria’s po­lit­i­cal evo­lu­tion. It is worth noting that  President Buhari’s declaration of the day as Democracy Day is indisputably a triumph of light over darkness which by his  singular action, portrays  him as  a man of great character and truly remarkable President of the moment who should be commended. To have also conferred the highest national honour on Chief Abiola also represents a courageous reversal of the years of injustices in  not recognising him as the winner of the June 12, 1993 election. The award and declaration did not  come  as a dash to Nigerians; it is a product of historically tough and consistent ideological struggle built on a strong foundation and which the President  courageously  gave expression 26 years after the annulment.

Since 1993, compatriots who believed in June 12  as against the mischievous  and inappropriate designation of May 29 as  Democracy Day by Chief Olusegun Obasanjo  saw June 12 as a watershed which cannot easily be wished away and have continued to remember the day annually without retreat and without surrender. The military regime of Ibrahim Babangida tried to wish the day away, it could not, before power was transmitted to the Shonekan administration, which was also forced to yield position to the Abacha/Diya interregnum before  Chief Obasanjo took over power in 1999. Chief Obasanjo made May 29 Democracy Day, disregarding the fact that  without June 12, 1993, there would have been no May 29, 1999.  Chief Obasanjo’s  adoption of May 29 as  Democracy Day was a scheme to rubbish the significance of June 12 and all its inherent principles. The displacement of May 29 is  therefore a good pointer that we are gradually transiting to a democratic order, all other  things being equal. Joyfully, too, the imperatives  for June 12 as a Democracy Day reside in the fact that notwithstanding all the antics of the former leaders to dump the celebration of the day as being significant,  it continues to redound. This is  because never in the history of elections in Nigeria had the electorate spoken in unison about who they wanted as their leader. Only on June 12, 1993 did Nigeria jettison the choice and  pairing of a president and his or her deputy on the basis of religion. It was the first time that Nigerians voted for a Muslim/Muslim ticket, Basorun Abiola and Ambassador Babagana Kingibe being both Muslims.

Indeed, the day marked a watershed: ethnicity became less important in choosing a candidate because Bashorun Abiola,  a Yoruba man, became the toast of most Nigerians from across the country, in an election in which he beat his opponent even in his  Tofa village in  Kano State. It was a day that  marked a new history of power transition from a military regime to a civilian administration and from the northern oligarchy  to the South, a feat that  political infidels did not allow to be seen through, regrettably. Another significant reason for June 12 as  Democracy Day lies in the fact that Bashorun Abiola made the highest sacrifice to sustain democracy in Nigeria: he lost his wife, paid the supreme price, lost his businesses and failed to climb the seat of power that he won. The declaration of the day as democracy day, and the posthumous recognition and accolades showered on M.K.O Abiola are therefore well deserved.

Sadly, however, politicians who benefited from Abiola’s sacrifice are not celebrating the man of courage today. Most of them who have occupied and are still in political office seldom remember  the day and those who actually were in the forefront of the struggle, let alone assisting those who  became victims in the aftermath of the annulment. As Nigerians begin to celebrate June 12 as Democracy Day,  governments all over the country must introduce new  political  measures to strengthen the electorate to imbibe the new spirit of participation in choosing their preferred  leaders based on the highlighted principles inherent in the June 12 election. They must eschew religious bigotry, exhibit the spirit of unity,  always register and  vote without monetary inducement; monitor the electoral body to check its claims of independence; ensure that it  publishes the  registered voting units throughout the country and the names of its officials on its website, the news- papers and the electronic media for ease of accessibility.

As a mark of honour, the president should go beyond the planned “historical exhibition in arts, pictures and immersive environment”, secondary schools exhibition/panel commissioning”  and follow up merriments for those who annulled June 12. It should instead take a serious look at the best way the day should be celebrated by using it to deliver State of the Nation address. It should report government’s major activities on the  fight  against  corruption, insecurity and what is being done to secure a strong  economy, giving  explanations on  recorded successes and shortfalls from  programmes and policy implementation. The Democracy Day should also provide a forum for “People’s Rally” in all the states of the federation for the people to express their support, commend or condemn government programmes and seek change through their resolutions,  given that June 12 as a democracy day was secured through  years of mass rallies, peaceful agitation and protests. President Buhari should strengthen democracy by introducing electoral and constitutional reforms that will make the appointment of the INEC chairman an exercise involving major stakeholders,  in which the incumbent president is denied the power to single handedly  appoint electoral commissioners and chairman.

Security agencies assigned with electoral duties must be diligent in ensuring a violent-free atmosphere for accreditation and election, use their initiatives to protect electoral materials and the human rights of voters during and after the elections. Election stakeholders, namely the political parties, party candidates, INEC, security agencies and the electorate must adhere to the guidelines, rules and regulations set out for free, fair, free from fear and legitimate elections. Post­hu­mous con­fer­ment of the rank of the Grand Commander of the Or­der of the Fed­eral Republic (GCFR) on the late Chief M.K.O. Abi­ola is a recognition of his undeclared victory, hence his photographs must be pasted on the walls and offices of governments nationwide. One notable stadium has been named after him to complete the honour packages. Finally, national honours should be further bestowed on other democrats and political activists who waged strident struggle to get June 12 annulment reversed and later to be recognised or died in the process. I.e.compatriots like Abi­ola’s wife, Kudirat,  Alfred Re­wane,  Ken Saro-Wiwa, Alex Ibru, Beko Ransome Kuti, Alao Aka Bashorun, Chief Gani Fawehinmi,  Comrade Ubani, Pa Anthony Enahoro etc.

Yet another Abacha loot