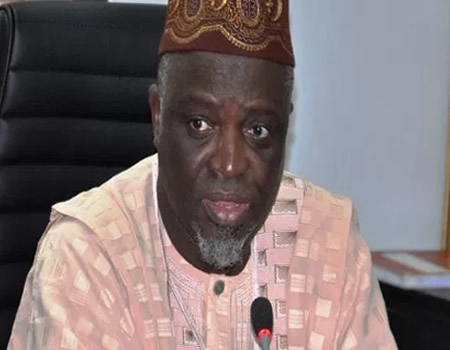 The Registrar of the Joint Admissions and Matriculation Board (JAMB), Professor Ishaq Oloyede, on Saturday, said that the planned 5,000-seater Computer Based Centre of the body would bring an end to difficulties in the conduct of the yearly examination in the Southwest region of the country.

He said this just as the Ogun State Governor, Senator Ibikunle Amosun, laid the foundation of the 500-seater CBT centre funded by the National Communication Commission (NCC) and JAMB.

Oloyede while speaking with newsmen after the ground breaking ceremony, in Abeokuta, the Ogun State capital, explained that it was the Federal Government that mandated the NCC to construct two CBT centres in the North and Southern parts of the country on a yearly basis.

The ceremony was witnessed by the Alake and Paramount Ruler of Egbaland, Oba Adedotun Gbadebo, the Senator representing Ogun West in the National Assembly, Senator Gbolahan Dada, top government functionaries in the state and officials of JAMB.

The JAMB boss noted that the large parcel of land allocated to the body by the state government, would house both the mega and 5000-seater CBT centre respectively.

The mega centre according to him is a 10 storey building in which 15,000 candidates could write examination in a day.

Oloyede added that the centre would serve the entire South West of Nigeria which usually records highest number of candidates yearly.

He equally said that extortion from private CBT centres would end when the two projects are completed within the stipulated time.

“The Federal Government directed that the NCC should construct two CBT centres in the North and Southern parts of Nigeria. I applied for a centre for Ogun State and it was granted. The Ogun State Government graciously and expressly allocated this expanse of land to JAMB.

“Our intention is to have a mega CBT centre in Lagos State but considering the space we have here, we went back to the drawing board and decided that it should be sited in Abeokuta. It will serve the entire southwest states,” he said further.

In his remarks, Amosun said his administration would support the projects and ensure their timely completion since the contractor had been duly mobilised.

The governor said the state had yet to have any semblance of a Federal structure, hence, the commencement of the structures.

Amosun said that the parcel of land was originally meant to house the Gateway Holdings headquarters.

“This place was originally for Gateway Holdings and they, in their wisdom, took loan of about N1.5b, which had accumulated to N4b now. We have had to pay and continued paying.

“In order that the land can be used judiciously, we decided to give it to JAMB and this is expected to be completed within one year or less,” Amosun said.

He urged his southwest counterparts to support the project, saying it would be to the benefit of all.