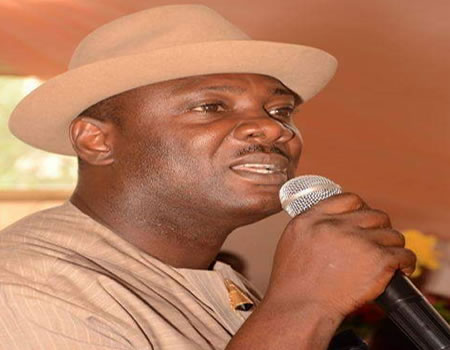 Sequel to the shooting that rocked All Progressive Congress inauguration that claimed 2 lives, while several others sustained injuries; the Bayelsa State government has expressed serious concern over the regular violence and insecurity that takes place during activities of the APC in the State.

The Government also condemned the recent violent incident at the APC secretariat in Yenagoa that led to the death of two persons, several others injured and destruction of property worth millions of naira.

Contained in a government statement issued by the Commissioner for Information and Orientation, Hon. Jonathan Obuebite, made available to journalists in Yenagoa, he described the recent incident as a serious breach of the existing peace in the state, barbaric and against all democratic and acceptable norms.

The statement recalls with regret that, the APC has failed to conduct its affairs peacefully, since its inception in the state, pointing out that, the party’s very first governorship primaries leading up to the 2015 elections witnessed the unfortunate incident of a serving Governor being held hostage.

According to the statement, the APC leadership and its supporters also unleashed terror and violence on law abiding citizens of the state, especially in Southern Ijaw Local Government Area, which equally led to the untimely death of some persons during the 2015 governorship polls.

Obuebite called on the law enforcement agencies to investigate and prosecute the perpetrators of the recent outbreak of violence during the party’s non elective congress in the State capital, which led to the shooting, killing and maiming innocent citizens.

The statement called on the Federal Government and the National leadership of APC to prevail on its officials in Bayelsa State, as their activities was becoming disgraceful and highly embarrassing to the government and the law abiding people of the state.

“It is a very sad commentary that, the APC in Bayelsa State has turned itself to a lawless and violent organisation, where its leaders and supporters resort to violence at every slight provocation, even for internal matters of the party that ought to have been handled with maturity and reasonable level of understanding.”

To this end, the statement lamented that it was obvious that the APC could no longer conduct its activities in the state without insurrecting public fear and anarchy, and noted that government invested so much to return security to the state and would not allow another wave of insecurity under guise of party meeting in the state.