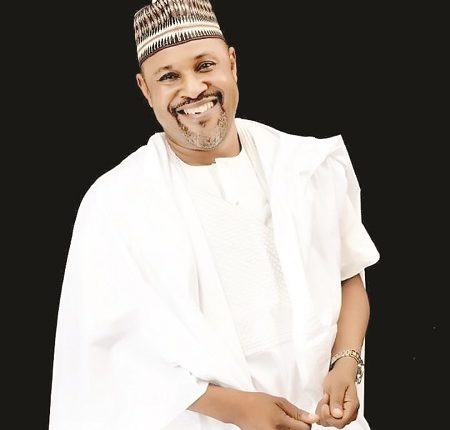 Saheed Balogun, has come a long way in the movie industry as a cross-over actor with a handful of awards and endorsement deals. In this interview by SEGUN ADEBAYO, he opens up on life, career and new projects.

We have been hearing a lot from you in the last few weeks. You have been appearing in movies and putting your movie career on the spot again. What has been happening to you?

I have been doing very fine. I have been paying attention to my work and making sure that I mind my business as much as I can. Over the years, I have been distracted by a couple of issues and as much as I can remember, it has been one bumpy ride. You can’t run away from some of these things, but you can learn, grow and become stronger through it all.

So, what have you been up to?

I have been involved in a lot of projects with different companies who know the value that I am capable of adding to their businesses. That’s why you have probably been seeing my face on different projects. I would have loved to share some of the good news with you but I am not permitted to share them now.

How does it feel now that you seem to have finally got your groove back?

I don’t know what you mean by getting one’s groove back. But if you are trying to say that I am being reached out to for different projects, you may be right. I never lost my groove. My value as an actor and producer of class has never dropped a bit.

So you were truly distracted?

There could have been distractions here and there, but my life as an actor and movie maker has been nothing but awesome. So, I feel great about each chapter of my life as it unfolds. Looking at the journey so far, I can boldly say that I am proud of my life and my career. Life comes with its twist and turns but one can’t run away from some of these issues, but we can become better if we learn our lessons.

I don’t think those who are saying that are correct. The Yoruba movie industry is big and growing every day. I don’t like to comment on this unnecessary comparison that has been dividing us over a long time. We are all practitioners and we are doing very well. There is nothing there to catch up, we just have to keep getting better and put our house in order. No association is perfect but we can get better by putting the right structure on ground so that people would not have to keep looking at A as being better than B. I have appeared in countless English and Yoruba movies and I can tell you that there is no difference. The only difference is the expression. I am not ruling out the fact that we have a lot of work to do, but I would not deride the actors and actresses who toil every day to make sure that they keep their fans entertained.

ALSO READ: Seun Onigbinde and the bloodthirsty hounds of Twitter

You shot a movie in Ilorin, Kwara State some months back where you had an all-white cast. Not much has been heard about it.

I have been working behind the scenes to serve the best to my fans and many movie lovers across the world. Those who know me can testify to the fact that I don’t rush my things, especially when it comes to movies. It was a multimillion naira project and I have to take my time to make sure that the market was ready for it before it is released. I can assure you that the movie would be released to cinemas across the country by the end of this month of early next month.

You were unveiled as the Director of Media of Adron Homes recently. This deal also came with a brand new Lexus SUV. Are you turning your back on acting?

Turning my back on acting? That is never going to happen.  Let me state it here clearly that my deal with Adron will not affect my job as an actor and movie producer. The company has been talking to me about the deal for sometime, but I was carefully studying the company and I discovered that it has practically become a brand that many Nigerians want to associate with. If you observe well, you will discover that the only common thing that gives many Nigerians problem is the issue of housing. So, if a company is giving Nigerians the opportunity to become land and house owners in the most simplest and affordable way, I think it should be commended.

How do you intend to handle this?

I understand what my job entails as the director of media, and I am ready to give it my best.

But you have been an actor all your life.  How will you cope with this new assignment?

As an actor of many years in the game, I have worked with media executive at different times over the years. I have executed a number of projects involving the media in the last five years or more. So, this is a familiar terrain. Some of my friends in the media would come in handy this time. I have a team of experts that I would be working with. The job is not going to be as difficult. I am up to the task. I am grateful to the Group Managing Director of Adron Homes and Properties, Oba Adetola Emmanuel King, for the big role he wants me to play. I am excited at this new adventure. I hope to give my best.

Some weeks back, you were on a movie scene with your ex wife, Fathia. That was the first time you would appear on the same movie after a long time. What can you say about this move?

There was no move anywhere. I don’t know why people would think because we appeared on the set of a movie, it could lead to this or that. I got a call from her to feature in her movie and I obliged. It was strictly for the movie and nothing is attached. After a long time, we worked together again on her project, OJA. People have the right to believe anything, but I have the right to tell you that it was all about her project. We have moved beyond that now.

But shortly after then, we scooped that the two of you were going on a trip to Dubai…

Don’t attempt to mix things up for yourself. I was contacted by Gulf Platform owned by Juliana Afanriwo, the group managing director of the company, to be part of the entertainers going on what was called Amazing Tour 2019 of United Arab Emirates.

So, she didn’t go to Dubai with you?

I have explained my involvement and how I was contacted for the trip. I am not inclined to tell you whether she was there or not. I was not the only one on the trip. Odunlade Adekola and Kola Olootu were also on the trip.

There are quite a number of events that have occurred in your life in the last few years, which would you describe as the most challenging?

The truth is that if you know me quite well, you would know that I am a forward-looking person. As long as I live, occurrences will not cease to happen. Maybe, a bigger one is yet to happen, I don’t know. So, if I pick one as the most challenging now, I am assuming that I am nearing my end. I think the most important thing to do every day of one’s life is to keep thanking God while one works on the things to make life more meaningful for others. All the events that have happened, the good and the bad, have shaped my thinking. Of course, I have had my flaws. I have had the worst moments. I had a terrible auto accident some years back, one that almost claimed my life. In fact, a lot of people had concluded that Saheed Balogun could not survive it, but here I am today. So, you can’t really tell how beautiful your story would end, but you can write a beautiful story with your life while you can.

Ore flyover to be completed in December ― Akeredolu

As VC, I set target for myself and how to achieve them — Onimawo