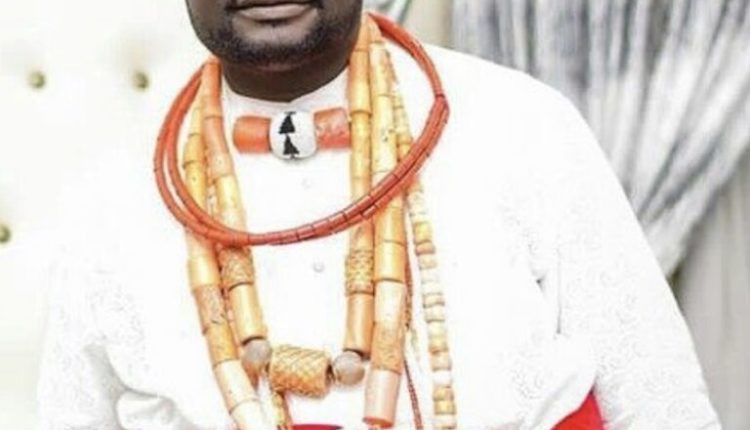 Embattled Ologbotsere of Warri Kingdom, Chief Ayirimi Emami, has urged Itsekiris living in major cities and towns across the world to return home for Yuletide as he has forgiven his detractors.

Emami, who washed his hands off the stolen royal crown and artifacts of the Olu of Warri dynasty, said that the Yuletide provided a unique opportunity for Itsekiri sons and daughters to felicitate and bond together.

He, therefore, urged the people to return to their various homelands, particularly communities in the riverine areas, to celebrate this year’s Yuletide with their folks.

Chief Emami has been in court to challenge his suspension as Ologbotsere of Warri by a faction of the Ginuwa Ruling House and the processes that led to the emergence of Prince ‘Tsola Emiko as 21st Olu of Warri Kingdom.

“As a young man raised in the ocean-locked Ugborodo community of Warri Southwest Local Government Area, Delta State, I know the necessity of encouraging Iwere sons and daughters to frequently visit their aboriginal communities, invest in the socio-economic structures, and set up machineries for the sustainable infrastructural and political development of the communities,” he enthused.

He said attempts by some individuals to tarnish his reputation would not deter him from advancing the cause of the Itsekiri Nation.

“The orchestrated plot by a few Itsekiris to blackmail, intimidate and tarnish my hard-earned reputation, for reasons best known to them, will not deter me from advancing Itsekiri culture and tradition as well as firmly pursuing the rule of law, which Warri Kingdom is known and respected for, across the world.

“It is ridiculous to press criminal charges against me for a purported missing royal crown of Warri Kingdom, when the identity of persons that invaded the Olu Palace Warri a few months ago and laid siege there for two weeks, is known to the security agencies and members of the public, especially my fellow Itsekiris.

“Just like the legal proceedings I instituted regarding my purported suspension as Ologbotsere of Warri by a section of the Ginuwa Ruling House and the controversy surrounding the succession battle for the 21st Olu of Warri, I will go the full legal throttle to exonerate myself from the criminal charges leveled against me and ensure those responsible for the alleged stolen crown, face justice.

“Everybody knows I know nothing about the crown. As a thoroughbred Itsekiri son with good knowledge of our rich history and culture, I know the implication of stealing a royal crown and I will never commit such a sacrilege.

“I have forgiven those fighting me, including persons doing so as a result of ignorance or avoidable petty jealousy, because whatever I have achieved in life and will continue to achieve, is by God’s grace and hard work,” he noted.