Issues that may shape the energy sector in 2020

Despite the fact that President Muhammadu Buhari, in his new year message, did not make any policy statement regarding energy sector, the sector is so critical to the Nigerian economy’s performance in the year 2020.
OLATUNDE DODONDAWA examines the critical issues that may shape the all-important energy sector in the new year. 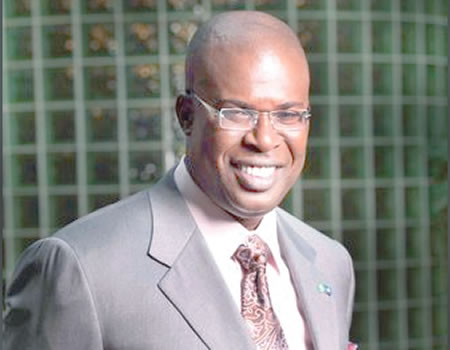 Nigeria’s energy sector is the backbone of its economy and it is unfortunate that President Muhammadu Buhari did not make any policy statement regarding the sector during his New Year message on January 1, 2020.

Nigeria’s energy sector is broadly categorised into power, oil and gas sector. Having signed the 2020 budget into law on December 17, 2019, many would have expected President Buhari to highlight major policy statement that will be pursued to achieve the proposal in the budget vis-à-vis the energy sector. But President Buhari’s silence speaks volume considering the directive by the Nigerian Electricity

Regulatory Commission (NERC), on December 31, 2019, to distribution companies (Discos) to commence the process of review of electricity tariff in 2020.

One of the major issues that will shape the energy sector in 2020 is the issue of achieving cost-reflective tariff in the power sector.

Prior to power sector privatisation in September 2013, power generation in Nigeria was at an average of 4000MW. Six years after privatization, power generation is at an average of 3800MW. One of the arguments of stakeholders is that the federal government refused to promote cost- reflective tariff and would rather choose to subsidise the tariff, which has led poor collection rate, illiquidity in the value-chain, lack of investment in power sector infrastructure like prepaid meters and transformers and estimated billings (crazy-billing system) amongst others.

NERC disclosed in its ‘December 2019 Minor Review of Multi-Year Tariff Order 2015 and Minimum Remittance Order for the Year 2020,’ which was released in December 31, 2019.

According to the order, effective from January 1, 2020, the tariff will reflect the impact of changes in the minor review variables in the determination of cost-reflective tariffs and relevant tariff and market shortfalls for 2019 and 2020.

The commission said the order also determined the minimum remittances payable by the distribution companies (DISCOs) in meeting their market obligations based on the allowed tariffs.

“The Federal Government’s updated Power Sector Recovery Program does not envisage an immediate increase in end-user tariffs until 1st April 2020 and a transition to full cost reflectivity by end of 2021. In the interim, the Federal Government has committed to funding the revenue gap arising from the difference between cost-reflective tariffs determined by the commission and the actual end-user tariffs payable by customers,” it said.

According to NERC, all Discos are obligated to settle their market invoices in full as adjusted and netted off by applicable tariff shortfall.

“All FGN intervention from the financing plan of the PSRP for funding tariff shortfall shall be applied through NBET and the market operator to ensure 100 per cent settlement of invoices issued by market participants. Effectively, this order places a freeze on the tariffs of TCN and administrative charges until April 2020 at the rates applied in generating MO invoices for the period of January to October 2019,” it said.

While the Lagos Chamber of Commerce and Industry (LCCI) berated the Federal Government for increasing the tariffs and doing nothing about estimated billing by distribution companies, the Nigeria Employers’ Consultative Association (NECA), threw its weight behind it.

The Director-General of NECA, Dr. Timothy Olawale said “though the proposed increase in tariff might cause a shock from the consumers’ perspective, it is, however, a necessity in order to get the power sector back on track. The issue of tariff has remained topical in the sector since shortly after privatization.

“Putting the matter in context therefore, the issue of the increase is intended to enable the Sector realise what can be described as right price for the product. It is with this right that more investment can be attracted and consequently, improved service.”

Another issue that may shape the Nigerian oil and gas sector is global conflict; especially between the United States and Iran. Being a nation with much reliance on proceeds from the export of crude oil, Nigeria is exposed to any fluctuation in the crude oil price.

Rising crude oil prices will mean increasing revenue for Nigeria, but it will also mean rising cost of fuel subsidy in Nigeria which was over N780billion in 2019 when crude price was less than $70 per barrel. Besides, if Nigeria decides to deregulate premium motor spirit (PMS) otherwise called petrol in 2020, it means Nigerians will pay more for pump price of petrol from the current N145 per litre to may be N300 per litre. So, it is a zero-sum game for Nigeria.

Pipeline vandalism is a major problem confronting accountability in the oil and gas sector. Nigeria loses over N46trillion ($130billion) to pipeline vandalism and shut-ins in 2019. As the sole importer of premium motor spirit (PMS) otherwise called petrol, NNPC recorded an average of 1920 breaking points on its pipeline network across the country. The Nembe Creek Trunk Line (NCTL) was also shut-down for 61 days in 2019. Shell Petroleum Development Company (SPDC) also recorded 39 cases of vandalism and oil theft between January to April, 2019.

It is very important for the federal government to come up with a policy statement on how best to tackle the challenge of pipeline vandalism in 2020. In April 2019, the Department of Petroleum

Resources (DPR) launched National Production Monitoring System (NPMS) and with this, crude oil and gas production is accounted for up to the point of export. Besides, the DPR also developed Crude Oil and LNG

Tracking (COLT) to compliment the NPMS by accounting for crude oil and LNG (Liquefied Natural Gas) from the point of export up to the final destination real time.

According to the apex regulator of Nigeria’s oil and gas sector, “the solution uses multi -layered satellite feeds and government databases with special algorithms to provide intelligence around cargo movement.”

More efforts are needed to tame the scourge because crude oil theft and pipeline vandalism continue unabated in the Niger Delta region and some other regions where there are pipelines across the country.

No nation develops without reliable and efficient power supply to power its economy. Nigeria’s power sector privatization was considered defective ab initio due to failure of the federal government to privatize the entire value chain including the Transmission Company of

Nigeria (TCN) which manages the national grid. Associate Professor Yemi Oke of Energy and Electricity Law, University of Lagos, stated that concentrated grid cannot work for the Nigeria’s power sector. He posited that the grid should be decentralized whereby Lagos State for instance, will have its own grid system maybe in partnership with few states that can manage it together so that every power generated in Lagos and its environs will be used by residents in Lagos and its environs.

The oil and gas sector also requires a law that will address the fiscal and governance challenges inherent in the sector. There have been calls for the passage of Petroleum Industry Bill (PIB) for almost 20 years now but the political will to pass and sign it into law has also been lacking. The sector needs a law and policy that will attract investment into it and not losing such investments to competing countries like Angola, Mozambique and others.