Is plastic-free environment a tall order? 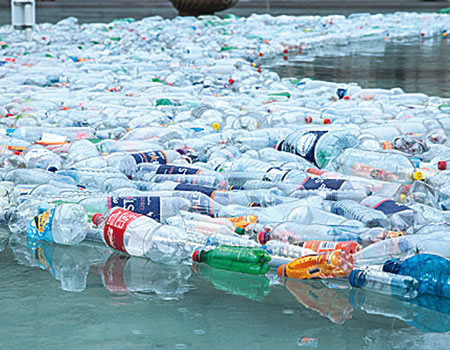 We won’t have a society if we destroy the environment” – Margaret Mead (1901-1978) American Anthropologist.
Sooner or later, we will have to recognise that the Earth has rights too, to live without pollution. What mankind must understand is that human beings cannot live without Mother Earth, but Mother Earth can live without humans” – Evo Morales, President of Bolivia.

FEW days ago, precisely 5th June, Nigeria joined the rest of the world to commemorate World’s Environment Day, with this year’s theme, “Beat Plastic Pollution.” It is a day set aside by the United Nations annually to reflect and deliberate on our environment. This year’s theme is call to humanity to combat plastic pollution. The two quotes above clearly point at the fact that man is saddled with the responsibility of keeping Mother Earth safe and of course the environment pollution-free in man’s own interest. Environmental pollution (land and water) is caused mainly by man-made activities and inventions. Some of these man-made inventions have come back to hurt and harm man because proper attention was not given to after-use effects of these products. One of such products is Plastic – a synthetic material obtained from carbon-containing compounds with sources from oil (petroleum) and natural gas. Plastics are either created from natural materials (amber -a fossilised tree resin e.g latex/ rubber) or synthetic material ( crude oil, coal). What we do with plastics and how we use plastics are what determine where they end up after use. There is hardly anyone who does not interact with something made of plastic daily. Plastic has a wide range of applications in the modern life we enjoy today in food storage, decorations, packaging, shelter, transportation, innovation industries among others. The after-use effect of these plastics is what results to environmental pollution.

ALSO READ: Fayemi asks court to reverse self on suit brought against him by govt

The toxic effect and impact of one-off use (single use) is humongous and largely felt by the marine lives. Environmental scientists have predicted that by 2050 there would be more waste plastics (by weight) in the ocean than fish. Scary! This is because it is estimated that one garbage truck full of plastics is dumped into the ocean every minute. A scientific research also revealed that only five percent of plastics is effectively recycled, 40 per cent ends up in land refill and 55 per cent drifts to the ocean. Used plastics lying as wastes are usually broken down to smaller pieces by sunlight and salt. These smaller pieces are called micro-plastics and some tiny fragments of these find their ways into the bottom of the sea thereby covering and blocking the seabed. The health and environmental implication of this is not known yet. Most plastics in circulation are as good as non-biodegradable ( non-decomposable )because plastic bags take 20 years to decompose and plastic bottles up to 450 – 1000 years to degrade. This proven fact shows that plastics pose a great threat to marine lives ( such as turtles, seals, whales) which may swallow these microplastics in the ocean mistaking them for food. The marine creature subsequently dies and if it doesn’t die from feeding on plastic, it will certainly end up in human food chain. These plastics are also responsible for flooding and drain blockages after heavy downpour. This is as a result of of improperly disposed plastic wastes which find their ways into the drainages, canals and other water channels, thereby obstructing free flow of water.

In his speech to mark this year’s celebration of World’s Environment Day, the vice president of Nigeria, Prof. Yemi Osinbajo said: “The ministry of environment, in collaboration with critical stakeholders, have developed a national strategy for the phasing out of non-biogradable plastics. The ministry is also developing a national plastic waste recycling plants across the country in partnership with the state governments.” He went further to disclose that a total of eight plastic waste recycling plants have already been completed and handed over to the states while 18 others are at various stages of completion. It was also revealed by the V.P. that a considerable success has been recorded from the ban on the use of cellophane bags in some countries like Kenya, Rwanda, Bangladesh among others. The move by the Federal Government to tackle the menace of plastic pollution by creating enough plastic recycling plants across the country, shows that Nigeria is becoming more environmentally conscious as it joins the world to beat plastic pollution.

In addition, plastic industries must use only biodegradable, eco-friendly and recyclable plastics in order to phase out the non-degradable ones. This might be a bit difficult because bioplastics are more expensive than the petro–alternative (non-degradable) but the government can partner with plastic-producing companies to make bioplastics used in packaging affordable. Every household must also have separate waste bags specially for waste plastics and for it to be properly channeled to appropriate plastic recycling plants. Waste collectors and managers (private or government) should separate plastics from other wastes. The entire life cycle of a manufacturer’s product must be of paramount importance to these producers, hence the use of only recyclable materials. Then as a matter of urgency, there should be a review of product packaging by the manufacturers. For example, film wrap that is water-soluble should replace plastic wrap like PVC and polystyrene. Plastic civilisation should be replaced with our traditional means of packaging to ensure proper plastic management by every plastic user.

To defeat plastic pollution, government agencies, industries, civil organisations and individuals must all work collectively not only to protect the environment and save Mother Earth but also to protect human and marine lives. This way, our generation will have a safe and liveable Mother Earth for generations coming behind. Always consider this before you bring home any plastic material, whether as packaging or covering or storage or for any other purpose. Refuse what you can’t reuse!