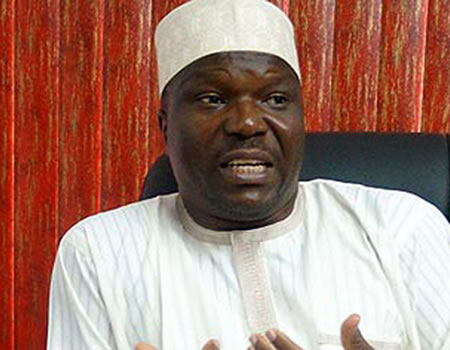 The Trade Union Congress of Nigeria (TUC) has hinted that inflation has seriously affected the purchasing power of the N30,000 national minimum wage, recently passed by the Senate.

While commending the recent approval of the N30,000 minimum wage, the congress said it is also instructive to note that inflation has seriously affected its purchasing power.

President of TUC Comrade Bobboi Kaigama, said even though the organised labour appreciates the approval of the new wage, the prices of commodities have went up even when employers have not commenced payment.

He said, “the N30,000 monthly national minimum wage that we are even asking for, to a family of six actually amounts to less than N50 per meal per person. It is exclusive of utility bills, school fees, etc.

“Given our extended family system as Africans we are also expected to once in a while extend hands of fellowship to parents, in-laws, relations, friends who have lost their jobs, brothers and people of the same faith.

“We recall that some lawmakers promised to give the wage bill supersonic attention whenever it was brought before them and they have kept to their word. To us it means we still have men and women with milk of kindness left in them.”

He, therefore, called on the 9th Assembly and well meaning Nigerians to prevail on governors to pay workers their salaries and pension as and when due to avoid crisis in the industrial sector, adding that the workers have endured enough.

Kaigama added: “We warned  those who feel they cannot pay the new wage to stay away from politics. And for those claiming that it is only when VAT is increased that the government can pay, we advise them to drop such evil counsel.”

The TUC president commended the Federal Government, the lawmakers and the Nigerian Employers Consultative Association (NECA) for seeing reason with the workers.